He said over 800 such infections were reported in the last fortnight alone, three quarters of them in people aged under 35.

In a series of posts on Twitter, he said it was "strongly advised" that people should only travel on the basis of their vaccination status or immunity (having recovered from Covid).

"Public health colleagues are reporting an increasing number of cases in people who have travelled overseas very shortly after they have completed their vaccine course," he said.

If travelling, he said it is "very important" that people are aware of the disease profile in the area that they are visiting.

The situation has deteriorated very rapidly across many parts of Europe, including Spain, Portugal, the Netherlands and Britain.

"In Ireland, we have recorded hundreds of cases in people recently returned from these regions," said Dr Glynn.

"If you have recently returned to Ireland and have any symptoms of #COVID19 including fever, cough, headache, sore throat or a blocked or runny nose then please self-isolate and get tested without delay."

These maps aim to support the @EUCouncil recommendation on travel measures in the EU during #COVID19 pandemic.

Dr Glynn's advice comes as Ireland moves into the red zone of the latest travel map issued by the European Centre for Disease Control.

Red indicates that the 14-day cumulative case notification rate ranges from 75 to 200 and the test positivity rate of Covid tests is 4% or more. It can also indicate that the 14-day rate is more than 200 but less than 500.

Parts of Europe with the highest number of cases are coloured dark red (where the 14-day rate is 500 or more) and include parts of Spain and Netherlands.

Meanwhile, it has been revealed that the Digital Covid Cert Helpline was only able to deal with under 7% of the 70,000 calls received in the first three days.

The Department of Health has asked that only those travelling in the next 10 days should call the helpline. 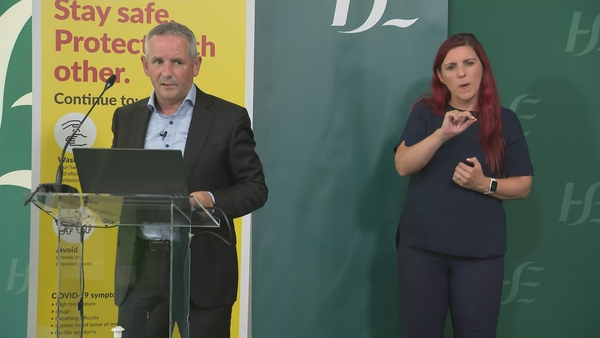