Taoiseach Micheál Martin has paid tribute to RTÉ's Tommie Gorman who is retiring from the organisation after 41 years.

Mr Gorman will leave his role as Northern Editor in the spring, when Vincent Kearney will take up the mantle.

He was interviewed on Friday night's The Late Late Show and reflected on his time at RTÉ. He told Ryan Tubridy: "Driving into this place this evening, it was like when I came here for an interview . . .

"I'm also very conscious that I'm getting older and if you are to be in any way true to how generous people in here have been to me, you have to acknowledge there's another generation coming up.

"I go with a good heart and I'm also very thankful that I got this far without screwing up!"

Meanwhile, Taoiseach Micheál Martin described Mr Gorman as "the quintessential professional who earned the trust of all who dealt with him.

"He understood better than most the possibilities that politics offered and the compromises required to make progress", Mr Martin said.

"He brought us the daily news of an unfolding peace process. He was an essential part of that process.

"His versatility and wisdom always shone through. His knowledge of detail and command of his subjects was unequalled.

The Taoiseach said Mr Gorman "has left a powerful journalistic legacy underlining the centrality of accuracy, humanity and trust which were his hallmarks.

"After a career spanning 41 years at RTÉ News as Europe and Northern Editor, Tommie leaves knowing that the Irish people will always hold him in high esteem and with affection.

"I wish him all the best in retirement and his successor Vincent Kearney every success in the role", Mr Martin said. 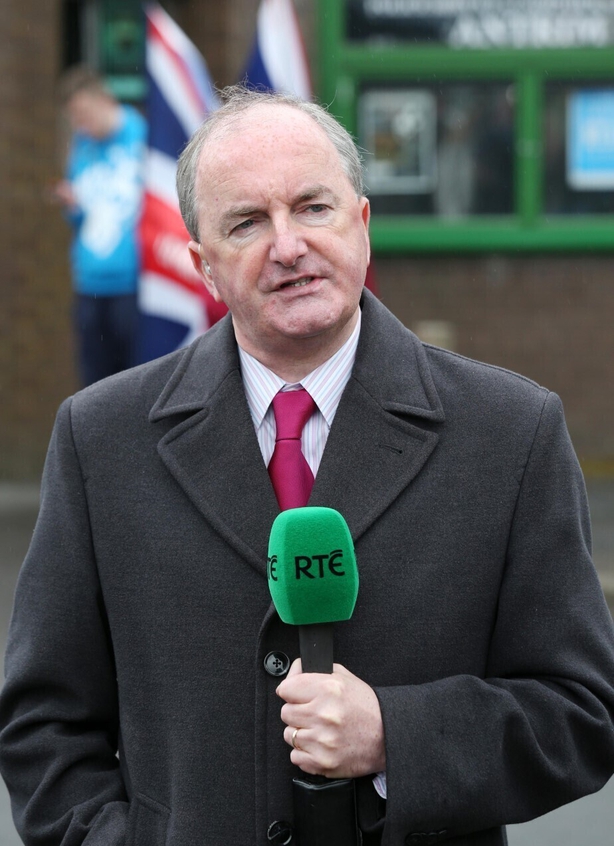 Tánaiste Leo Varadkar tweeted: "Tommie, we'll miss you. It's the end of an era, of award-winning reporting on EU affairs, and ground-breaking, insightful analysis of Northern Irish politics. The hand of history was on your shoulder. Enjoy your retirement. You deserve every second of it."

Tommie, we'll miss you. It’s the end of an era, of award-winning reporting on EU affairs, and ground-breaking, insightful analysis of Northern Irish politics. The hand of history was on your shoulder. Enjoy your retirement. You deserve every second of it. Congrats @vincekearney https://t.co/MWKaZQwEDw

Minister for Foreign Affairs Simon Coveney said on Twitter: "We will all miss the great Tommie Gorman" and added: "I want to wish Vincent Kearney well .... I look forward to working with him."

Northern Ireland First Minister Arlene Foster tweeted her best wishes to Mr Gorman and said she wished him "many, many happy years of retirement".

All the best to Tommie Gorman as he steps down in April. Wishing you many, many happy years of retirement. pic.twitter.com/xgKPEFrfLd

SDLP Leader Colum Eastwood said: "Tommie has given decades of selfless service to the people of this island, reporting on some of the worst aspects of our recent history, but always seeking to tell human stories about the endless possibilities of our peace.

"I have always been particularly grateful for his commitment to telling the stories of people in Derry and I know the people of this city hold him in high regard as a result."

Managing Director of RTÉ News and Current Affairs Jon Williams said: "For 41 years, from Brussels to Belfast, via Sligo and Saipan, Tommie Gorman has been the beating heart of RTÉ News.

"He has earned the trust of audiences, north and south - and of all sides in Northern Ireland, telling their story, sharing his insights, and championing RTE's role as an all-island news organisation."

The journalist, a lifelong supporter of Sligo Rovers football club, was also wished well by his favourite team.

"Tommie is the proudest Rovers fan and someone we are proud to have as a loyal supporter for all of his life. We wish him a happy retirement after a career lasting over four decades," the club said on Twitter.

"There will never be a retirement from the #bitored for one of our own."

Mr Gorman was RTE's Europe editor before moving to Belfast in 2001.

He interviewed Roy Keane after the footballer's row with manager Mick McCarthy in the Republic of Ireland team's Japan 2002 World Cup training camp on the island of Saipan. 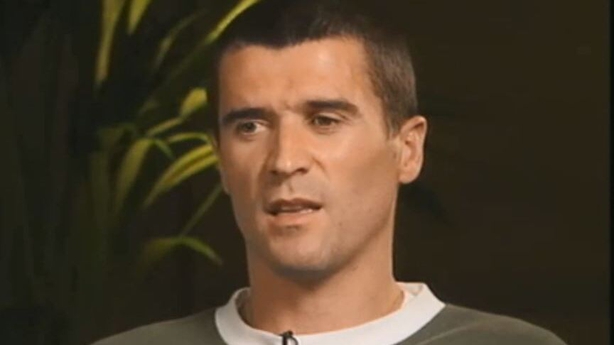 "The country would love you back and it would do so much to lift the morale of kids who'll never have a chance," he told the soccer star.

Mr Gorman also tracked down poet Seamus Heaney on a Greek island after he had won the Nobel Prize for Literature.

He was diagnosed with cancer in 1994. Some years later, Mr Gorman told the Irish Examiner: "Ever since my diagnosis, work has been the ultimate distraction.