Northern Ireland is facing crippling tariffs on steel imports due to a potential double hit resulting from Brexit, RTÉ News has learned.

Industry groups have warned of factories closing as a result.

The European Commission is understood to be looking into the issue.

The main manufacturing lobby in Northern Ireland has described the issue as akin to a "bomb going off".

The issue could have spillover effects on the rest of Ireland as the North is understood to be a key supplier of steel to the island.

However, Northern Ireland will be hit by an anomaly which is linked to protective measures the EU took in July 2018 after the US imposed tariffs on steel and aluminium products.

The EU's so-called "safeguard measures" were designed to prevent large quantities of steel from around the world, which were shut out from the US, landing on the European market.

Because the Brexit Protocol means that Northern Ireland is treated as if it were part of the EU's single market, any steel imported from exporters around the world will, in theory, be hit by a 25% tariff.

The EU's safeguard measures will also apply to the UK as a third country, despite the tariff and quota free trade agreement concluded in December.

That means the UK will have a quota for steel exports to the European Union and once that quota is used up then tariffs of 25% will apply.

That means the quota could be used up more quickly, and once it is exceeded, then tariffs of 25% would apply on British steel entering Northern Ireland.

Some 70% of UK steel is exported to the EU. A briefing note by the UK steel lobby, sent to British MPs and seen by RTÉ News, highlights the problem. 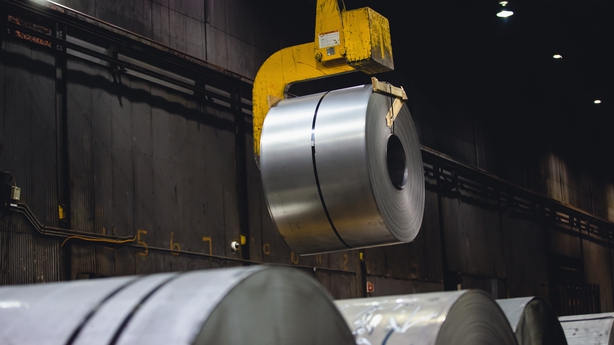 "The special status of NI complicates matters further, as steel exports from GB to NI are considered 'at risk' of moving into the EU/ROI.

"As a result, most steel exported from GB to NI is effectively treated as an export to the EU and therefore will be subject to the EU's Steel Safeguarding measures [ie, tariffs]."

The note, by UK Steel, explains why steel from the rest of the world will also fall foul of tariffs when landing in Northern Ireland, stating: "Furthermore, there is currently no formal process for registering any steel imports into NI against tariff free quotas, as such a default 25% tariff applies to such movements."

Stephen Kelly, chief executive of Manufacturing NI, said businesses which ordered steel from around the world before Christmas have been left in limbo, as they are unsure if the steel will face a 25% tariff on arrival.

"The challenge is from 'rest of the world' steel, and we get a lot of that," Mr Kelly told RTÉ News. "We would get a lot of steel from India and Taiwan, Korea, other locations. Much of that stuff is on the sea as we speak and is arriving here next week."

Mr Kelly warned that the consequences could be serious.

British Labour MP, Stephen Kinnock, who has raised the issue in the House of Commons' Future Relationship with the European Union Committee, told RTÉ News: "Once we have maxed out our quota, which is expected to happen in the coming months, then every tonne of steel that the UK exports to the EU, and by EU here we include NI, will be subject to a 25% tariff.

"The minute that happens, the price of your steel becomes uncompetitive, and this would have a hugely damaging impact. This is why it's absolutely vital that the UK government engages intensively with the EU, to ensure that our steel industry can continue to export to the EU on a quota and tariff free basis."

Mr Kinnock, whose constituency includes the Port Talbot Steelworks in Wales, added: "This issue is massively compounded by the fact that steel going from GB to NI is included in the quota. So, there's no difference between steel going to Germany from the UK and steel going to Belfast. It is part of the same quota."

Daniel Kennedy of D Kennedy Steel Supplies said: "This is out of the blue. Most of the steel that comes into Ireland comes in through Warrenpoint, or Belfast."

Journalist Colin Richardson, who specialises in the steel industry with Argus Media said: "If you're a service centre or manufacturer in Northern Ireland, if you buy from mainland Europe or the EU there's no duty or no quota, so you can take as much as you want from Europe.

"If you buy from anywhere outside of Europe, or from the UK, you pay a 25pc tariff. There's no quota, just the tariff. If you buy from GB, there's no duty, but any steel that GB sells into Northern Ireland is drawn down against the EU's import quota for the UK."

That means when the UK quota is exceeded, then tariffs would apply to steel shipped into Northern Ireland from Great Britain.

The issue is complex and may have spillover effects into the South. 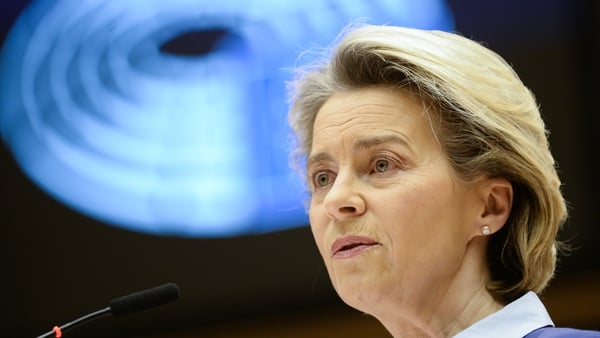 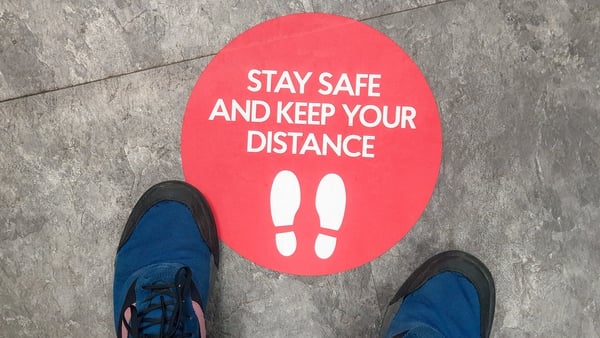