The Sean Ross mother-and-baby home opened in Roscrea in 1931 and closed in 1969, and was among the homes run by the Congregation of the Sacred Hearts of Jesus and Mary.

One of them was Philomena Lee, whose son was forcibly taken from her and adopted to US parents in the 1950s. Her experience was turned into the award winning film, 'Philomena'.

Records show that the home was established for single mothers seeking assistance from Tipperary and mostly neighbouring counties of Laois, Kilkenny, Clare, Limerick and Kildare.

The number of days spent there by residents was very high at 433 days on average during the 1940s. The vast majority of women (97%) were there for a first pregnancy, but some ended up staying up to four years.

Most (63%) died as infants aged under three months from respiratory infections, influenza and gastroenteritis, and other non-specific infections.

There were several outbreaks of diphtheria at Sean Ross in the 1930s and 1940s, which did not happen in other homes.

Many mothers did unpaid nursing work in Roscrea fever hospital and its probable they passed it onto their babies in Sean Ross.

There was also a major epidemic of typhoid in the home in 1944, the cause of which was not identified. Four women died in Sean Ross and another three in hospital.

When it came to discharges, 3,158 babies left on the same day as their mothers, a further 1,330 were discharged before their mothers left.

Overall, 43.9% left with their mothers or another family member.

There were 508 children born at Sean Ross placed for foreign adoptions, 96% of these to the US, while 20 babies went to the UK, while one child went to Australia. 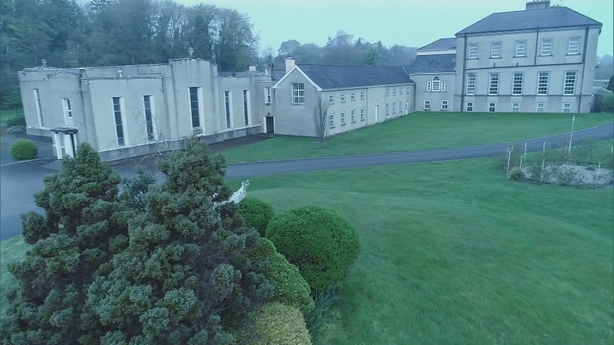 A number of inspections at the home described the various wards and nurseries as large and well ventilated, with clothing and bedding in good condition. The food came from the abbey's farm, vegetables from the garden, and bread was baked on site.

However, the home suffered severe overcrowding particularly at times of high occupancy in the 1940s when spaces for beds and cots was severely curtailed.

A diary note of conditions there in the 1930s said: "The unmarried mothers in the institution are admirably dealt with.

"They are employed at occupations which, in the opinion of the Reverend Mother, they are adapted to.

"They are trained in bakery classes, and in the laundry making and repairing clothing and bedding and knitting stockings and in the kitchen they attend to cooking for the entire house."

The note also says: "Supervision appears to be strict, but the manner in which it is exercised does not tend to impress on the patients that they are in the House under duress, as they appear happy and contented."

However, personal testimonies from those living there paint a different picture.

One woman identified as Resident A, who became pregnant when she was 15, and lived in Sean Ross in the 1950s, said the food was sparse and she was always starving, but that everyone got used to it. Her work there included washing sanitary towels by hand.

She had been brought there by her mother as her pregnancy had caused "a scandal", so much so it was kept from her 12 siblings.

She was never told what to expect during her labour and her experience there was "awful". She said she thought she was going to die and they tied her up because she was in so much pain.

Once this "absolutely horrific" experience was over she was told: "This will teach you, offer it up for the sins you committed and all that."

She breastfed her baby three times a day and thought she would be in Sean Ross for the rest of her life.

Nobody ever discussed her baby's adoption with her, but she suspects arrangements were made by her mother and sister who visited the home and spoke with the nuns.

She remembers when her baby was four months old being told to dress up and feed her baby and there was a car waiting outside, and she thought she was going somewhere nice.

But she was brought to the Catholic Protection and Rescue Society in South Anne Street in Dublin, where her baby was taken from her.

Resident D, who became pregnant at age 18, recalls being cold at night and wearing scratchy clothes.

She worked long hard days there six days a week, scrubbing clothes and bedding, washing them with her bare hands and ironing. 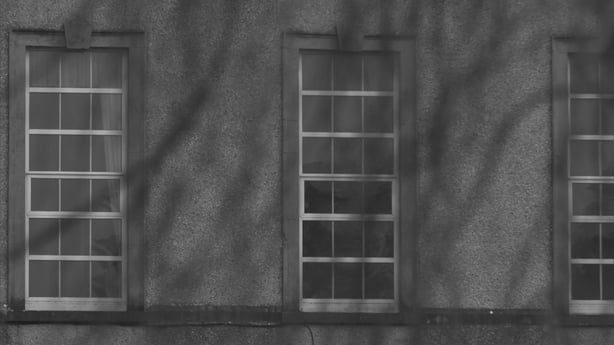 She described the regime at Sean Ross as pretty severe. She was forced to "go down on her knees" to publicly apologise to a nun, which was another part of the humiliation and shame she was subjected to every day.

She said it was taken for granted that her baby would be adopted, and it never crossed her mind that there would be any other option. She said she signed documents, but they were never explained to her.

When the baby was three-and-a-half years old, he was taken away for adoption, and she got no chance to say goodbye. She remembers running upstairs and looking out the window and seeing him getting into a car.

Being parted from him broke her heart. She moved to the UK where the nuns arranged for her to get work shortly after that.

She decided she would try to contact her son in 2003 when she was 70. She was told by a nun from the order that her son had been adopted in the US and had since died.

Another - Resident C - recalled the food in Sean Ross was horrible and her birth experience was desperate.

She never agreed to the adoption of her baby and was just asked to sign some forms. She had bought new clothes for her child, but subsequently found out from the adoptive mother that her baby was delivered in just a blanket and nappy.

She suspects the nuns were recycling the clothes several times. She also recalls counting money with the nuns from several biscuit type boxes, which contained what looked like dollars.

She said on the day of the adoption her baby was taken from her, and she became hysterical, and remembers nothing further of that day.

A man born in Sean Ross in the 1960s was adopted at the age of three and has no memory of his time there, but has some memory of his flight to his adoptive parents in the US.

He remembered being one of four children sent together in the care of an elderly woman and a priest. He recalled being met by his adoptive parents on his arrival.

He has seen financial statements showing that his adoptive parents paid money to the nuns at Sean Ross, but his recollection was that this related to itemised expenses such as the cost of his flight.

In 1969, Sean Ross ceased to admit single expectant mothers and the last mother and baby were discharged from there around Christmas 1969.

In August 1970, it opened as St Anne's home for children with a mental and physical disability. 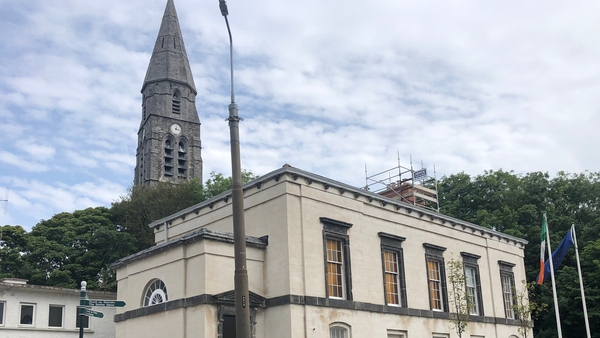