Ireland now has the highest daily number of new confirmed Covid-19 cases in the world for every million people, according to figures published by the Our World in Data organisation.

This evening the Department of Health was notified of eight further coronavirus-related deaths and 4,929 new cases.

Figures show that Cork University Hospital has the largest number of coronavirus patients, with 135 cases.

It is followed by University Hospital Limerick with 122 patients and Beaumont Hospital in Dublin with 104.

Meanwhile, the incidence of a more infectious variant of the coronavirus first detected in England has risen further in Ireland and has accounted for almost half of the most recent sample of positive tests, according to the Taoiseach.

Micheál Martin said he was told by Chief Medical Officer Dr Tony Holohan that the new variant accounted for 45% of the most recent 92 samples that underwent additional testing, compared with 25% of those tested in the week to 3 January and 9% two weeks earlier.

The Taoiseach also said he believes people should now wear face coverings when they are "out and about".

He said some popular areas where people go to take exercise are getting quite crowded and he believes people should wear masks in those settings.

Mr Martin told Newstalk radio that he did not accept the Government had sent out mixed messages in the run up to Christmas and he believed it had acted responsibly at all times in responding to the challenges posed by the virus.

He said he believed increased socialisation, the new variant and seasonality had all contributed to the current situation.

Mr Martin said that while some people were not adhering to the guidelines, there is evidence that most people are responding to new restrictions, and the "vast, vast majority of people are staying at home".

He said that the positivity rate was going down, referral rates from GPs were going down, the five-day rolling average was plateauing and close contacts were also down.

Varadkar says situation in hospitals likely to get worse

Tánaiste Leo Varadkar warned that the situation in hospitals is likely to get worse, and while there are hopeful signs that the number of positive Covid-19 cases will fall over the coming days, it will be some time before this manifests in hospitals.

Speaking on RTÉ's Today with Claire Byrne, he said the focus now must be on reducing community transmission and accelerating the vaccine programme.

He said the Government will review current Level 5 restrictions at the end of the month, but some businesses may not be able to reopen until the end of March.

Mr Varadkar said it is the Government's plan to reopen schools as planned and work will be done with management and unions to convince them that reopening schools is a good idea.

He said efforts will also be made to open special education schools as soon as possible.

The number of people with coronavirus in hospital has more than quadrupled in the last two weeks, Health Service Executive Paul Reid said yesterday.

Driving licence exemption for over 70s

Minister of State at the Department of Transport Hildegarde Naughton has announced an extension in the exemption that allows for those aged over 70 to apply for a driving licence without the need to provide a medical report.

It comes following the surge of Covid-19 cases and in order to ease the burden on medical services.

We're extending the exemption allowing over 70’s to renew their driving licence without providing a medical report. You don’t need to do anything-if you’re over 70 & due a renewal the NDLS will send you a pack to apply by post or online at https://t.co/iiBmUvtNmt @RSAIreland pic.twitter.com/0AtndDqi7R

Minister Naughton said: "This means that persons of 70 years of age or over can apply for, and renew, their driving licence without the need to submit a medical report, on the condition that they do not have an identified or specified illness and are not applying for a truck or bus category.

"This extended measure will eliminate the need for our drivers over the age of 70 from having to make an unnecessary journey to their GP or the National Driver Licence Service centre." 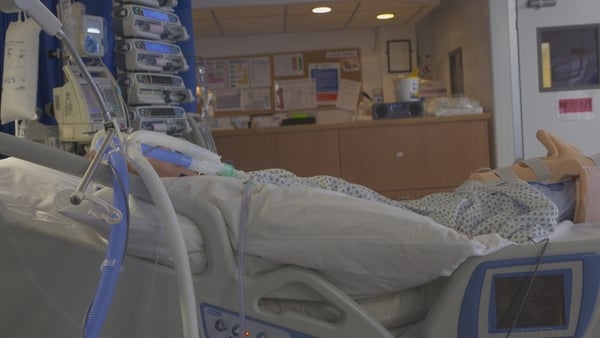