The extended closure of most schools until the end of the month, along with a review on 30 January, are among proposals to tackle the spread of Covid-19 which will be discussed by Cabinet tomorrow.

The Cabinet sub-committee on Covid-19 met today, and their proposals also include that special schools will remain open.

If there are units of pupils with special needs within a mainstream school, these pupils will be able to attend classes.

However if, for example, there is one child with special needs in a mainstream classroom, there is unlikely to be a provision to keep that child in school while the rest of the school remains closed.

Minister for Education Norma Foley will be asked to consider ways to cater for Leaving Cert students.

Earlier, the Taoiseach said it is the Government's intention for this year's Leaving Certificate exams to be "conducted along traditional lines".

Speaking on RTÉ's News at One, Micheál Martin said that any decision on schools will be focused on preserving the school year.

The Taoiseach said he would not speculate about whether exam students would be brought back to the classroom before other school years, but "we are conscious of the disruption they face and we will do everything we can to support them".

He said "schools are safe", but it is about the mobilisation of a million people in the context of a very high level of disease in the community.

That is why the Government is "looking at school closures being extended to the end of the month".

"When we brought in Level 5 restrictions on the eve of Christmas, we identified 30 January as a review date and that will still be a review date," Mr Martin said.

Asked about what it would take for schools to reopen, he said: "We want to see the trajectory of the disease going in the right direction ... We will engage with public health when we review the situation on 30 January."

Given what we are witnessing elsewhere, one has to measure the advisability of keeping schools open, Taoiseach Micheál Martin has said.

He says the Cabinet sub-committee will consider if schools should remain closed this month | Read more Covid coverage: https://t.co/C7J4U5s50P pic.twitter.com/9iNsUDQigd

The sub-committee also agreed that a significant majority of construction projects should close for January, with exceptions for some social housing projects and essential refurbishment.

It was also agreed that all travellers arriving into Ireland from Britain and South Africa will have to provide a negative Covid-19 test.

From Saturday, there will be a new requirement for arrivals from those countries to have a negative PCR test within the preceding 72 hours. This is also subject to Cabinet approval tomorrow.

On his way into today's meeting, Minister for Health Stephen Donnelly stressed that regardless of what decisions are made about school closures, the school environment is a safe one.

However, he said that Government must take into account the fact that the virus is "growing rapidly".

He said transmission and positivity rates have always been low in the school environment when compared with the wider population, adding that Government must be cognisant of the rapid rise in case numbers across the country.

Minister for Transport Eamon Ryan said that any school closures should be temporary and no more than two or three weeks.

Mr Ryan said the long-term closure seen in the first lockdown should not be repeated.

However, the Green Party leader stressed that a full decision would not be made until tomorrow's full Cabinet meeting.

The Ombudsman for Children has urged the Cabinet to avoid a blanket closure of schools, saying it will have a "disproportionately negative effect ... on children with disabilities and children from disadvantaged backgrounds".

Ombudsman for Children Dr Niall Muldoon said: "I would urge members of the Cabinet sub-committee and NPHET, to consider a wide range of options around the education of children.

"The simple, blanket closure of all schools, as happened in March last year, is not a viable option because of the massive impact it will have on our children and their families.

"Without a doubt children with disabilities and children from disadvantaged backgrounds will once more be disproportionately affected by Covid-19 school closures, therefore any long-term measures to reduce transmission in society must consider the substantial negative impact on these groups."

The Ombudsman's office (OCO) has written to the Government on a number of occasions seeking the development of more nuanced options around the closing and opening of schools during Covid-19 restrictions.

Nuala Ward, Director of Investigations at the OCO, said: "While the OCO remains mindful of the extremely difficult circumstances and decisions that have to be made for public health and safety, there are children and families for whom remote learning is either non-existent or a non-runner.

"What is now required is a concerted effort to ensure that the country's most vulnerable children can attend their schools in a manner that is safe for them, their teachers and carers."

Meanwhile, the General Secretary of the Teachers' Union of Ireland (TUI) has said he expects State exams to go ahead this year.

Michael Gillespie told RTÉ's Morning Ireland: "Our expectation is that the exams will go ahead - we think it's very important that the exams go ahead.

"Maybe the mocks should be delayed and they do not need to be as big a priority given the situation we find ourselves in. They are a moveable feast."

The TUI chief added: "Orals and practicals take place much later in the year and we would hope that by that time, the very high risk students and teachers will all have had their vaccinations."

He said schools need certainty so they can plan ahead for next week.

Mr Gillespie said the logical date to reopen schools is 18 January, at a minimum, because that will allow a 14-day period to pass and see whether Level 5 restrictions have had an effect. He added that schools will be guided by public health advice.

Mr Gillespie said that schools are in a better place to offer online learning than they were in March and April of last year, but not everywhere is the same.

Broadband is a problem in many areas while some students, particularly in Deis schools, are reliant on phones, which is not ideal.

Concern over return to full closure of schools

The CEO of Inclusion Ireland has said children with special needs must be offered options for education if schools remain closed for an extended period of time.

Speaking on RTÉ's Drivetime, Enda Egan said such children "regress much more" than children who do not have special needs, if they are not in school.

He said that in some cases, that regression is "impossible to regain".

Inclusion Ireland had a "good" meeting with Minister of State for Special Education and Inclusion Josepha Madigan, he said.

The organisation - along with Down Syndrome Ireland and AsIAm - had written to Ms Madigan, outlinging their concerns.

They said that a repeat of the first lockdown, where children with disabilities largely saw a complete removal of support services in education and at home, would be intolerable.

Teachers need to know 'sooner rather than later'

President of the Association of Secondary Teachers Ireland Ann Piggott said her union does not believe the Minister for Education "faced the reality of what is happening" when representatives met her yesterday.

Speaking on RTÉ's Today with Philip Boucher-Hayes, Ms Piggott said she was glad to hear comments on education from the Chief Medical Officer last night "and the worry that it now is".

In relation to comments made yesterday from a member of the ASTI that teachers do not offer a child-minding service, Ms Piggott said: "We teach children aged 12-19, so a lot of our children would be okay, in that they wouldn't need childminders like younger children would."

Ms Piggott said it was "concerning" that further clarity was not given to her union yesterday, and she added that teachers need to know sooner rather than later.

"Teachers need to know if they are going to do remote work and for parents who may need to arrange childcare. The sooner we have clarity on this the better," she said.

She said the ASTI is committed to ensuring that State exams can go ahead "and they absolutely must run, for Leaving and Junior cycle".

Meanwhile, Opposition parties want to know what happens if the Cabinet decides to close schools.

Bríd Smith of People Before Profit said full supports need to be put in place for online learning, adding schools were not the safe havens that the Government had been claiming.

Social Democrats co-leader Róisín Shortall said Minister for Education Norma Foley must set out a plan for the coming weeks, with provisions made for disadvantaged and vulnerable children and children with special needs.

Speaking on RTÉ's Morning Ireland, she said there is a lot of potential for remote learning for second level students, but a structured remote learning education service must be established.

Sinn Féin's Education Spokesperson has said it is obvious that it's not possible to continue with schools being open in the usual way.

Speaking on RTÉ’s Prime Time, Donnchadh Ó Laoghaire said the objective now needs to be to use the next three weeks to ensure the schools do reopen at that stage. 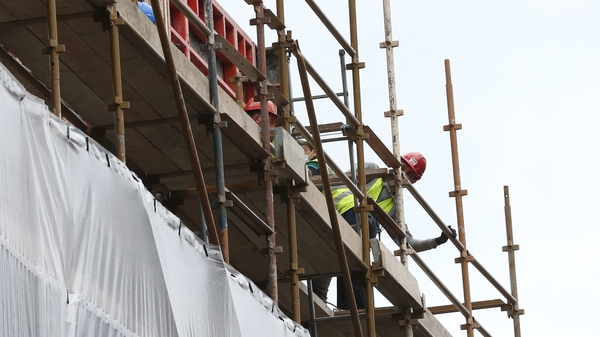 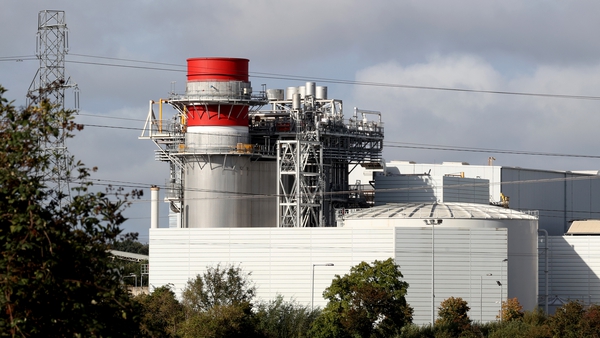 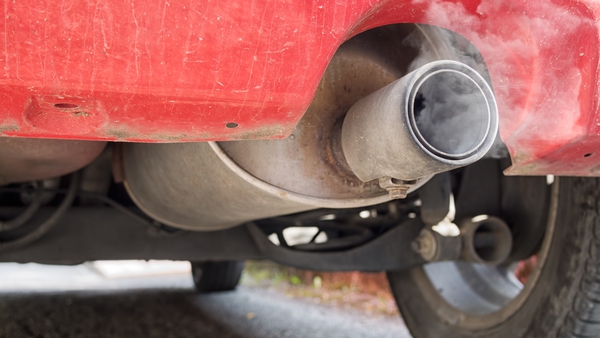