What wonders of the universe can you see when you look up at the night sky?

Well it depends on where you live, with those stargazing in and around cities likely not even able to make out the Milky Way Galaxy.

Whereas one a clear night in the dark skies above parts of the south and west of Kerry or west Mayo, one can gaze beyond our own galaxy and deep into space.

Last month, for the first time, the Central Statistics Office published data on light pollution across the country.

The research shows that while the night sky above Ireland is less contaminated by artificial light than some of our European neighbours, the most brightly lit parts of the country can still register 166 times more light pollution than the darkest corners.

According to the study, which is based on satellite data between 2015 and 2019, Dublin has artificial light emissions nearly seven times higher than any other county, while overall light pollution in Ireland is lower than other European countries included in the figures, such as the UK, Portugal and the Netherlands.

Peter Gallagher is Head of Astrophysics at the Dublin Institute for Advanced Studies (DIAS) and is involved with the Dunsink Observatory in Castleknock in Dublin.

The South Dome at Dunsink was built in the 1860s and houses a huge telescope, which was used at the time to measure the distance to stars.

"It was state-of-the-art at the time," Mr Gallagher says, adding that "in the early 1900s as Dublin began to grow, light pollution from the city below began to make faint objects very difficult to see with this telescope". 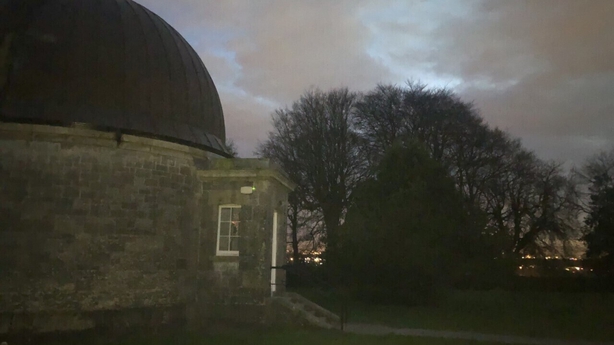 Today the observatory, like pretty much all urban-based observatories around the world, is largely obsolete when it comes to studying distant galaxies.

"Nowadays we're surrounded by lighting; we've got the M50 beside us and we've Ashtown and Finglas on either side of us."

The astrophysicist says that at Dunsink "we rarely see the Milky Way Galaxy because of this light pollution, which makes the sky far too bright to see the faintest stars.

"If you were down the country you might see Orion, which is a distinct constellation, but in the city you'll struggle to see it.

"For us city dwellers. it's unfortunate this spilling of light ruins the night sky for us." 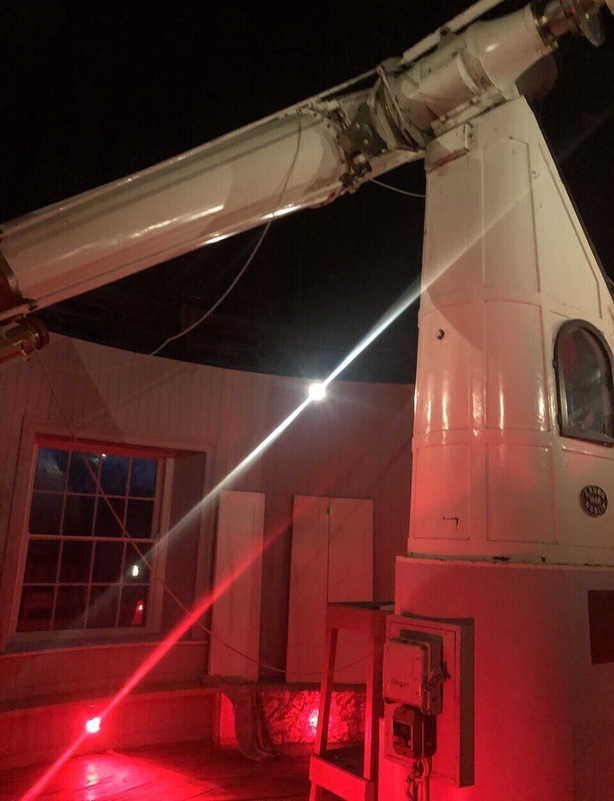 He says another frustration with artificial light is that "we're wasting energy, we're wasting money by sending the light upwards.

"We don't want the light to be lighting up the sky, we want it to come down where we are."

While urban stargazing is limited due to the prevalence of artificial light, it is a very different story in the darkest parts of the country, which according to the CSO figures on light pollution include parts of southwest Kerry and west Mayo.

Georgia MacMillan is a volunteer with the Mayo Dark Skies group in Newport and is involved with a pilot lighting plan for the town that would aim to reduce artificial light levels, thereby safeguarding the night sky overhead.

She says that in the dark countryside "when we look up on a clear night it's almost confusing with the amount of stars we to make out to see the basics of the constellations" - something that wouldn't be an issue in or around a city.

"When you're in a dark sky park and are looking up at the Milky Way, it's quite overwhelming and makes us feel almost so insignificant."

Ms MacMillan says dark sky volunteers have raised the issue of the lighting in Newport and how it can be improved to help reduce light pollution. The town could be used as a case study for other areas to draw on.

On the importance of dark night skies for humans, she says: "We need that as a species. We've evolved with natural light and natural day cycles, so too has all biodiversity and wildlife. 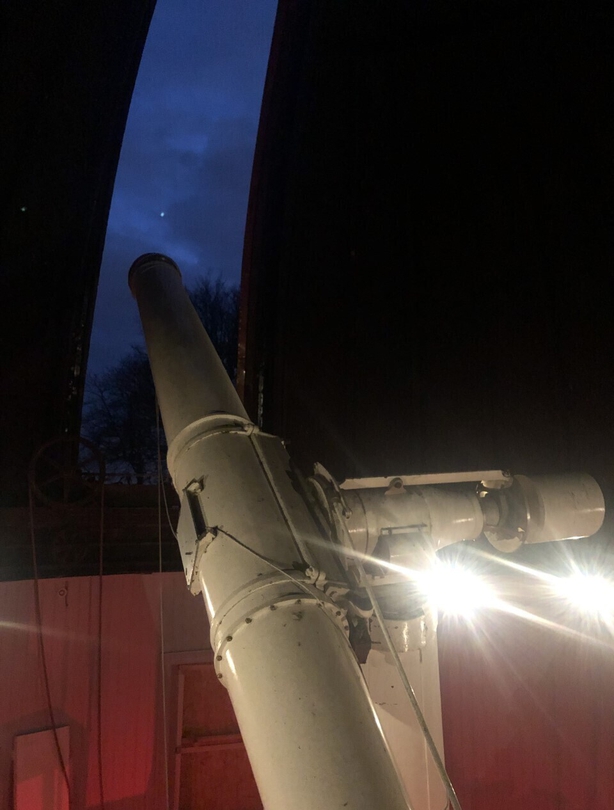 "We are rapidly losing the night across the country. If you look at artificial light maps and you compare where they were say ten years ago, we've increased our light emissions dramatically, even though we are still one of the darkest countries in Europe."

Professor Brian Espey from the School of Physics in Trinity College Dublin agrees that light pollution is becoming more of an issue.

He has been researching light pollution in Ireland since 2009 and points to the waste of energy associated with artificial light.

"Some of the older lights would waste nearly 30% of their energy, with the light going straight up into the air," he said.

"It makes for very pretty pictures when taken from the space station, but remember that's energy that's going out into space never to be seen again."

Prof Espey says there's a cost to this - in both environmental and carbon terms.

However, he's also keen to highlight the fact that Ireland still has some of the most dimly lit skies in Europe.

"We do have some dark sky areas such as Kerry and Mayo that we're trying to protect so that in the future at least we will have areas that are almost pristine.

"In our position on the west edge of Europe this is a commodity that we have," he said, adding that as we look at ways of recovering from the Covid crisis, our dark skies might be attractive to tourists.

"This is something we'll have. 80% of people around the world can't see the Milky Way (owing to light pollution). That's something you can go and be astonished by in parts of Ireland."