The Department of Agriculture has informed the owners of three mink farms in Ireland that their animals are to be culled to halt the potential spread of a mutated form of the Covid-19.

A "variant" of the virus was detected in mink on a farm in Denmark.

Public health authorities globally are concerned that the variant form could prove more resistant to antibodies and say if the mutated virus was to spread it could severely impact on the effectiveness of vaccines.

Chief Medical Officer Dr Tony Holohan said that Ireland's farmed mink population should be culled because of concerns about the mutated form of the virus in Denmark.

In a letter to the Department of Agriculture, Dr Holohan said the move would be advised as he said the presence of farmed minks presents "an ongoing risk to public health" if the Covid variant found in Denmark was to become "the dominant strain of the virus".

Dr Holohan referenced remarks by Dr Cillian De Gascun of the National Public Health Emergency Team in which he raises the prospect that consideration be given to culling the herd because of a range of public health concerns.

The CMO told the Department of Agriculture that all mink should be culled "as a matter of urgency".

The situation was outlined to the department earlier this week.

It is understood there are no immediate plans to carry out the proposed cull, but Department of Agriculture officials have informed farm owners in Laois, Kerry and Donegal that it will happen.

Mink farmers have accused the Government of culling healthy animals, "without providing any scientific or legal basis".

They say the decision has "left 3 farm families in rural Ireland devastated and without a livelihood".

In a statement issued to RTÉ News, the farmers said the decision is a "copycat version" of a similar move in Denmark.

The farmers come under the umbrella of Fur Europe.

The statement said: "While the Irish government is leaning on the recent Danish decision to cull all animals on these farms, it neglects to mention that the Danish decision was based on a rapid increase in the number of infected mink farms.

"This increase was triggered by many farms located in the same geographical area, but this is far from the case in Ireland, where there are just 3 farms in rural areas located in Kerry, Donegal and Laois."

There is already a commitment in the Programme for Government to phase out mink farming in Ireland.

However, it is also understood that the farms will be allowed to "pelt" the remaining animals to fill outstanding orders.

Pelting is when the skin of the animal is removed after it has been euthanised by the farmers. The practice is known as "harvesting" in the industry.

A virologist at University College Dublin, Dr Gerald Barry, has said he is surprised by the decision to cull mink.

Speaking on RTÉ's News at One, he described it as a "little bit of an overreaction" and said the science does not yet justify it.

The virus changes all the time, he said, and the variant seen in mink has already been seen in human populations.

He said that based on current evidence, the variant seen in mink in Denmark is "no more dangerous or transmissible" than any other variant circulating in the human population at the moment.

Dr Barry said concerns emerged when studies showed that the new variant identified in mink was "more resistant" than previous antibodies it was tested against, which had led to fears that it would not respond as effectively to a potential vaccine.

He said any vaccines developed will be adapted to new variants of the virus.

Denmark said the mutated variant of the new coronavirus in minks has likely been eradicated.

Noting that no new cases had been detected since 15 September, the health ministry said most of the strict restrictions it had imposed on 5 November on seven municipalities in the North Jutland region, home to 280,000 people, would be lifted tomorrow.

But Denmark, which had ordered a nationwide cull of all its 15 to 17 million minks, has already killed around two thirds of stocks and plans to carry out the full cull to avoid any new mutation.

The Danish infectious disease authority SSI said no cases had been detected in either people or minks since 15 September.

Since ordering the cull earlier this month, the government has been forced to admit that it had no legal power to order healthy minks outside contaminated zones killed, and Mogens Jensen resigned as agriculture minister yesterday.

But Prime Minister Mette Frederiksen has insisted the cull is "non-negotiable", and her government is now preparing to ban mink farming altogether until 2022.

Meanwhile, Sweden's health agency has said that a number of Covid-19 cases have been confirmed in people who work in the mink industry.

Authorities are analysing viruses from the infected people and infected animals to see if there is a link between the cases and their contact with minks, the agency said in a statement. 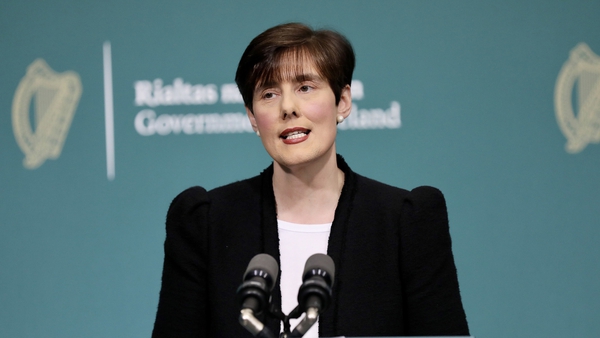 Foley will 'bow to public health' over priority vaccine for teachers