He is the first public political figure to be prosecuted under a sweeping new national security law Beijing imposed on the city in June.

If found guilty, he could face a prison sentence of between three years and life.

The 19-year-old appeared in court two days after he was arrested in a Hong Kong coffee shop opposite the US consulate.

The UK-based activist group Friends of Hong Kong said he had planned to enter the consulate to claim asylum.

Mr Chung is a former member of Student Localism, a small group that advocated Hong Kong's independence from China.

The group disbanded its Hong Kong network shortly before Beijing blanketed the city in its new security law but it has kept its international chapters going.

The new national security legislation outlawed a host of new crimes, including expressing political views such as advocating independence or greater autonomy for Hong Kong.

Mr Chung and three other members of Student Localism were first arrested by a newly created national security police unit in July on suspicion of inciting secession via social media posts.

However, Mr Chung was arrested again on Tuesday morning by plainclothes police just metres away from the US consulate. 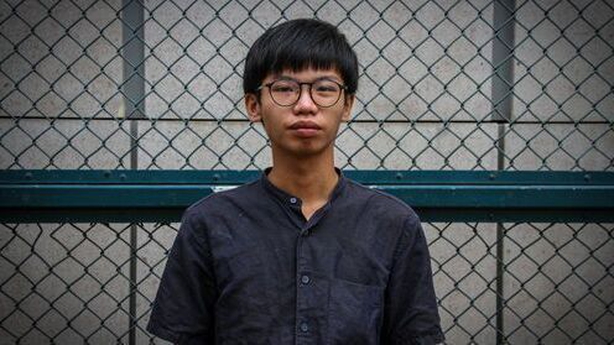 A UK-based activist group calling itself Friends of Hong Kong put out a statement shortly afterwards saying it had been trying to arrange for him to enter the US consulate that day and apply for asylum.

Mr Chung was held by police until his appearance in court this morning. He was denied bail.