The Department of Health has reported a further 1,025 cases of Covid-19, bringing the total number of confirmed cases to 57,128.

No more deaths have occurred. There has been a total of 1,882 Covid-19 related deaths in Ireland.

There have been 16 additional hospitalisations in the past 24 hours.

The median age of today's cases is 31 years old. 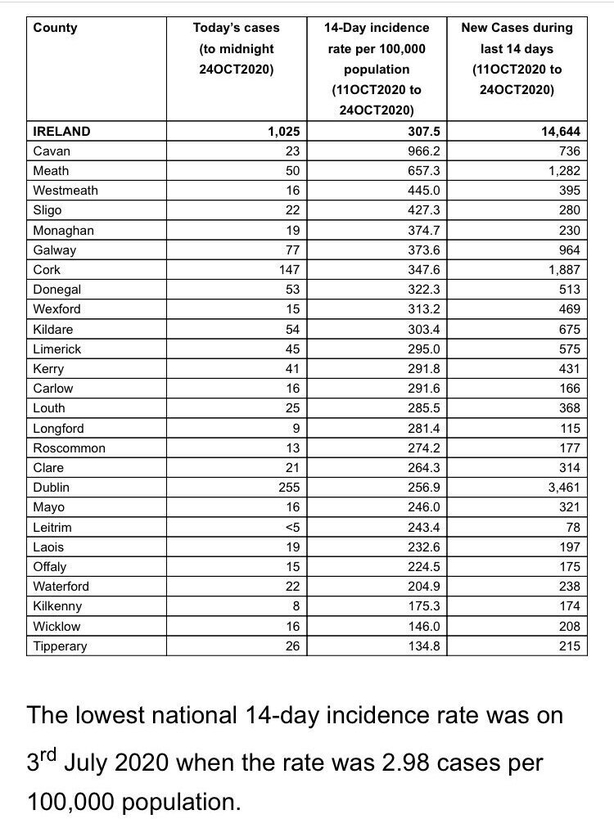 Chief Medical Officer Dr Tony Holohan said: "If you're a confirmed case, have had a test or have symptoms of Covid-19, you must self-isolate for ten days.

"If you live with a case or have been told you're a close contact, you must restrict your movements for 14 days.

"Everyone else should stay at home, unless for essential reasons or for exercise within 5km of where you live."

In Northern Ireland, there has been eight further Covid-19 linked deaths and 896 new cases of the virus, the Department of Health has said.

The death toll recorded by the department now stands at 653.

There have been 34,105 confirmed cases in Northern Ireland.

There are currently 317 patients with Covid-19 being treated in hospital, with 37 in intensive care.

The Chief Executive of the Health Service Executive has said the positivity rate in testing for Covid-19 is continuing to decline and that the average number of close contacts per person is now three, down from 4.5.

In a post on Twitter, Paul Reid said: "The positivity rate in testing has now come down over the past 8 days. The number of close contacts is now down to an avg. of 3.

"Most close contacts are household. Still very early but good. We're all be part of the solution. Let's keep this going."

The positivity rate in testing has now come down over the past 8 days. The number of close contacts is now down to an avg. of 3. Most close contacts are household. Still very early but good. We're all be part of the solution. Let's keep this going. @HSELive #COVID19

Speaking on Newstalk, Mr Reid said that the rate of positive tests over the past eight days had dropped to just over 5.5% and that the majority of close contacts are now people within the home, family contacts rather than social contacts.

He also said it was absolutely essential for people who are identified as close contacts to restrict their movements for 14 days, even if they test negative.

Mr Reid said it is not correct for employers to ask people to come back to work if they test negative.

In relation to recent difficulties with contact tracing, Mr Reid said last weekend was "overwhelming" and the HSE was caught by uncontrolled levels of the virus in the community, going from 8,000 calls per week to 28,000 per week in a short space of time.

He said it was a challenge and he regretted what had happened and it had been fixed.

Mr Reid also said that although the signs in terms of positive tests are good, the HSE still needs members of the public to help turn the situation around.

Speaking on RTÉ's This Week programme, he said it was "inevitable" that with the level of community transmission we have been seeing, that those in non-vulnerable groups could see "serious illness".

Dr Henry pointed to the ECDC's most recent assessment in saying that it is "becoming more and more difficult to protect vulnerable groups, and it becomes inevitable that serious illness will happen in people not in vulnerable groups".

Dr Henry said despite the slight drop in hospital numbers, it was still too early to say if things were stabilising. 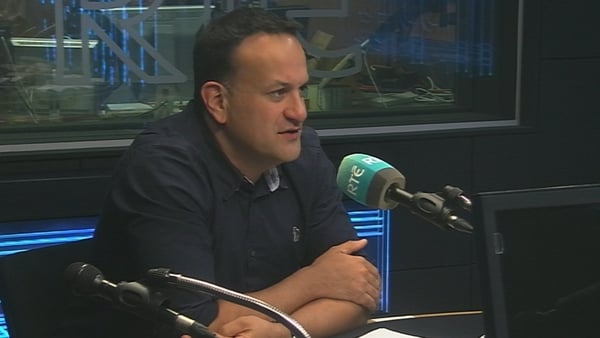