An investigation is under way to try and establish who organised a protest in Dublin city centre which resulted in the arrest of 11 people.

Gardaí arrested nine men and two women, aged between 20 and 60.

Nine people have been charged with public order offences while the remaining two have been offered adult cautions.

Gardaí believe the demonstration began with so-called "Yellow Vest Ireland" protesters that were joined by a variety of others including so-called anti-mask, anti-vax and anti-immigrant protesters.

The demonstrators were warned at their first gathering at O'Connell Bridge that they were in breach of Covid-19 restrictions, which only allow for people to leave their homes for essential reasons and not protests.

In a statement, gardaí said they were "forced to intervene" during the demonstration.

They said they "engaged with the protesters on a number of occasions using the graduated policing response".

The group then dispersed but around 50 people moved on to Grafton Street where some broke through a line of gardaí.

At approximately 5:30pm, a small group became involved in public order incidents, according to the Garda statement.

The public order unit was deployed and 11 people, nine men and two women, were arrested for public order offences.

All 11 have since been released but nine were charged and are due to appear in court on future dates.

Gardaí say an investigation focused on the organisers of this protest is now under way and the advice of the Director of Public Prosecutions will be sought before further action is taken.

Gardaí have no role in permitting or authorising protest marches or gatherings and there is no permit required for such events.

The statement concluded: "The Covid-19 pandemic remains a public health crisis and An Garda Síochána continues to appeal to all citizens to comply with public health guidelines and regulations, in particular essential journeys, in order to continue to save lives." 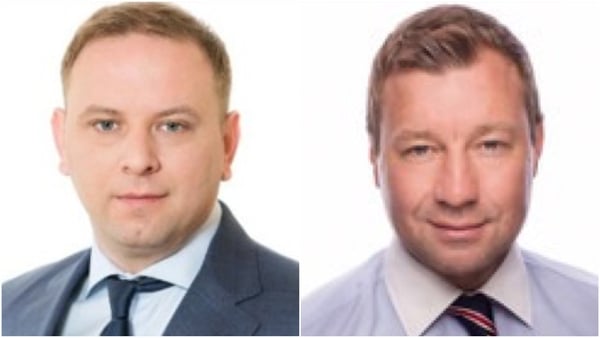