The Department of Foreign Affairs has updated the Government's Green List of countries where you can travel without having to restrict your movements on your return.

This list, which comes into effect from Monday 21 September, includes seven destinations. These are Cyprus, Finland, Germany, Iceland, Latvia, Lithuania and Poland.

However, you can still travel back from these countries until Monday without having to restrict your movements.

Some of the countries on the new Green List will not let passengers from Ireland in without fulfilling certain requirements. These are as follows:

Cyprus - passengers must have proof of a negative Covid-19 test result, carried out within 72 hours prior to take-off, to be allowed entry to Cyprus.

Iceland - passengers are required to fill out a pre-registration form (on www.covid.is) before departure to Iceland. It includes a declaration of health. All passengers must quarantine for 14 days unless you pay for a Covid-19 test on arrival and another one after five days.

Latvia - all arrivals to Latvia must self-isolate for a ten-day period if they travel from countries with an infection rate above 16 per 100,000 population (this includes Ireland).

Lithuania - passengers intending to travel here must fill out a form for its National Public Health Centre. If you are travelling from Ireland, our high infection rate means you must have proof of a negative Covid-19 test result taken no more than 72 hours prior to arriving in Lithuania.

Finland - you must have proof of a negative Covid-19 test result taken no more than 72 hours prior to arrival. You will be placed in quarantine for 72 hours on arrival. You must then take another Covid-19 test and if this is negative, you can move about freely.

Aer Lingus has criticised the update saying the Green List announced today does not represent a step towards alignment with the European Commission's free movement proposal, as announced by the Government on Tuesday.

"The application of that proposal would have seen the following countries retained on the list: Greece, Italy, Norway, and Slovakia," the airline said in a statement.

Ryanair has echoed this, calling for the Government to put an end to what they described as its "chaotic mismanagement of travel".

In a statement the airline said: "Instead of adopting the EU traffic light system they promised to do only last Tuesday, they have today departed from that policy by taking Italy and Greece from the green list when both countries have Covid rates 60%+ less than Ireland and are also classified under the new EU system as having no travel restrictions within the EU.

"Today's announcement shows that the left hand of the Government doesn't know what its right hand is doing. There is no scientific basis behind the decision by Minister for Foreign Affairs Simon Coveney to remove Italy and Greece from the Green List only to add them back again in three weeks' time."

However, Government sources pointed out that the plan published by it on Tuesday says alignment will not happen until the EU proposals have been agreed.

The Department of Foreign Affairs said the general advice remains that people should avoid non-essential travel, other than to countries on the Green List (including to Great Britain, but not Northern Ireland) where the advice is to take normal precautions.

From now on, the list will be updated every week and will include countries with a 14-day cumulative number of Covid-19 cases per 100,000 of 25 or less, based on the latest data from the European Centre for Disease Prevention and Control (ECDC).

Updates will be made each Thursday, with the changes taking effect from the following Monday. 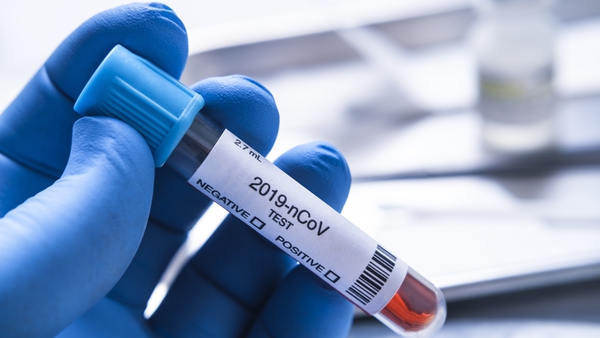