Lebanon, a small country which endured a devastating 15-year civil war, has often been caught in the crossfire of regional conflicts.

The explosions at Beirut port struck with the country mired in its worst economic crisis for decades, marked by the collapse of its currency and angry popular protests.

Lebanon has had more than 5,000 cases of coronavirus, with 65 dead.

Between Israel and Syria

The civil war raged between 1975 and 1990, with Lebanon under Syrian domination for two decades until its troops withdrew in 2005.

Lebanese political institutions have long been paralysed by discord between pro and anti-Syrian camps.

In 2013, the powerful Shia movement Hezbollah announced it was fighting alongside the regime of Syrian President Bashar al-Assad, further dividing the Lebanese political scene.

Iran-backed Hezbollah is the sworn enemy of Israel, against which it fought a month-long war in 2006.

The Syria conflict has sporadically spilled over into Lebanon, with several attacks rocking the capital Beirut and other regions.

The most visible impact of the Syrian war in Lebanon, a country of around 4.5 million people, has been the influx of an estimated 1.5 million refugees.

Lebanon and international organisations have on several occasions sounded the alarm over the economic and social burden posed by the massive inrush.

The country with the cedar tree stamped on its flag is one of the Middle East's smallest, covering an area of about 10,000 square kilometres.

Flanked to the west by the Mediterranean, it shares borders with Syria and Israel.

A crucible for 18 religious communities, its governance has been dictated by a power-sharing deal between the main sects. 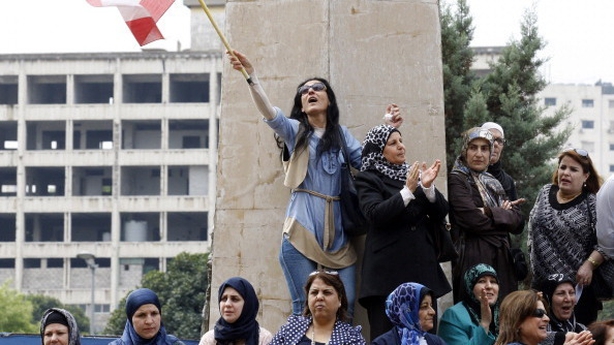 Lebanon is a parliamentary republic, with a 128-member house evenly split between Muslims and Christians.

In line with the "national pact" dating from independence from France in 1943, the president must be a Maronite Christian, the prime minister a Sunni Muslim and the parliament speaker a Shia Muslim.

For the first time in its history, Lebanon announced in March it was defaulting on its debts.

According to ratings agency Standard and Poor's (S&P), it is sagging under a debt of $92bn, equal to nearly 170% of its gross domestic product, one of the highest debt ratios in the world.

In May, Lebanon launched negotiations with the International Monetary Fund aimed at securing crucial aid, under a plan to rescue the economy adopted by the government. Talks have since stalled. Since October 2019, Lebanon has been rocked by mass protests against what is seen as a corrupt and incompetent political system.

The country lags in development in areas such as water supply, electricity production and waste treatment.

A welcome lifeline for Lebanon came in 2018, when aid pledges worth more than $11bn were made at a Paris conference.

But the pledged money has been blocked due to a lack of promised reforms.

Nearly half of Lebanon's population now lives below the poverty line and 35% are out of work, according to official statistics.