China has launched a rocket carrying an unmanned probe, orbiter and rover to Mars, a week before a similar US mission is due to launch.

The two countries are taking advantage of a period when Earth and Mars are closest together to launch their missions.

The first independent Chinese mission to Mars includes an orbiter, a lander and a rover that will study the planet's soil. 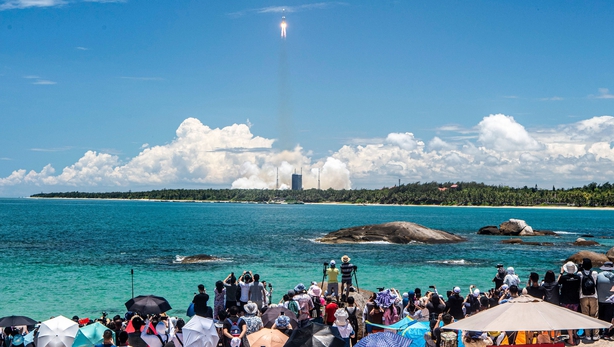 The United States' Mars rover 'Perseverance' will look for signs of ancient microbial life, and gather rock and soil samples with the goal of bringing them back to Earth on another mission in 2031.

The Chinese mission has been named Tianwen-1 ("Questions to Heaven") in a nod to a classical poem that has verses about the cosmos.

It launched on a Long March 5 - China's biggest space rocket - from the southern island of Hainan.

Tianwen-1 is expected to arrive in February 2021 after a seven-month, 55 million kilometre voyage.

The United States has already sent four rovers to Mars since the late 1990s.

China has poured billions of dollars into its military-led space programme and made huge strides in the past decade, sending a human into space in 2003.

China has already sent two rovers to the Moon. With the second, China became the first country to make a successful soft landing on the far side.

China has laid the groundwork to assemble a space station by 2022 and gain a permanent foothold in Earth's orbit.