Tánaiste Leo Varadkar has suggested that the reopening of pubs could be delayed further beyond 10 August.

He told the Dáil that pubs and nightclubs will definitely not open any sooner than that date.

The Tánaiste acknowledged the distress caused by the decision to pause Phase 4 reopening.

"I know that a lot of people - people running pubs and hotels - will be very disappointed at the decision Government took last night; but will acknowledge that the decision was taken for good reasons – and that was reason of public health," he said.

Mr Varadkar indicated to the Dáil that more grant aid could be made available to help pubs who face closure for at least a further three weeks.

"I'm looking at whether we can make the Restart Grant better and more attractive, particularly for those who need it most which is the hospitality sector, including pubs."

The Restart Grant is a payment of between €2,000 and €10,000 to help small businesses with the costs associated with reopening following Covid-19 closures.

The Tánaiste told the Dáil that the Government is considering extending the Wage Subsidy Scheme and opening it up to people who have not been covered by it such as seasonal workers.

Earlier, Minister for Health Stephen Donnelly said public health advice shows if pubs reopened now, it could "materially add to the possibility of a second wave" of the coronavirus.

Speaking on RTÉ's Morning Ireland, Mr Donnelly said the Government is prioritising the reopening of schools and healthcare facilities in relation to the Covid-19 pandemic.

Tánaiste Leo Varadkar says pubs will not reopen any sooner than 10 August. He adds the government is not saying they will reopen on that date | More: https://t.co/skHcWzXBmp pic.twitter.com/nbYNLSjSvT

Mr Donnelly said the National Public Health Emergency Team (NPHET) is very concerned given the 'R' number is now between 1.2 and 1.8.

He said delaying the reopening of pubs from next week to next month was not an easy decision to make.

"We are essentially prioritising schools, healthcare facilities, the economy over the accelerated opening of the pubs," Mr Donnelly said.

"This was not done lightly. We really do understand that there are publicans waiting and hoping that they would be able to open on Monday.

"But the public health advice is, were we to open now them right now it could materially add to the possibility of a second wave and that's just not a risk we could take."

Mr Donnelly said the wearing of face coverings in shops is advised from now and he hopes there will be no need for enforcement if the compliance level continues as it has to date.

Independent TD Michael Healy-Rae tells the Dáil that Irish pubs are "unique" and cater to smaller groups of people. He says it is a "crazy decision" that some pubs can reopen to serve food, but others cannot | More: https://t.co/skHcWzXBmp pic.twitter.com/ssvS32mrvQ

Minister for Health Stephen Donnelly says NPHET is very concerned given the R number is now between 1.2 and 1.8. He says if it is 1.8, then within three weeks we could see be up to 160 cases of Covid-19 per day | More: https://t.co/60BgZXmq7A pic.twitter.com/4H1nSKpIee

"On the first day on the buses for example, nine in every ten passengers arrived with a face mask. And you can be sure that many of the one in ten who didn't, some can't wear them, some simply forgot them," he said.

"So if we continue as we have been my hope is there will be no need for enforcement whatsoever."

He said the Government is following public health advice and additional measures in deciding that people wear face coverings in retail settings.

Mr Donnelly said that legislation is being prepared on this measure to make it compulsory.

Under the measures agreed yesterday by Cabinet, face coverings must be worn in all retail outlets and shopping centres, including by staff. Penalties for a breach of this rule have not yet been finalised.

However, it is understood they will be significantly less stringent than the €2,500 fine that can be imposed for failure to comply with similar rules on public transport.

The Government will continue to advise against all non-essential foreign travel.

There will be an increased presence of staff at ports and airports to make incoming passengers aware of their obligations, including the need to quarantine for 14 days.

Meanwhile, hoteliers have said the Government's decision to delay increasing the size of gatherings until 10 August will put further pressure on the sector, at a time when hotels and wedding venues are struggling to survive.

President of the Irish Hotels Federation Elaina Fitzgerald Kane said it will put thousands of hospitality jobs at risk and called for more clarity around the Phase 4 reopening, including linking the size of a gathering to the capacity of a venue.

She said while she understands the reason for the delay to the final phase of reopening the country, she is disappointed.

Speaking on RTÉ's Morning Ireland she said "hitting the pause button" will mean an impact for those who have planned gatherings at hotels and wedding venues.

She said around 18,000 wedding couples have had their wedding day affected due to Covid-19 so far this year and she said this announcement will mean "huge anxiety" among that group.

Yesterday, the Department of Health said there were two further deaths of people who had previously been diagnosed with Covid-19. The overall death toll is 1,748.

The department also said there was an additional 14 confirmed cases of the coronavirus, bringing the overall total number of cases here to 25,683. 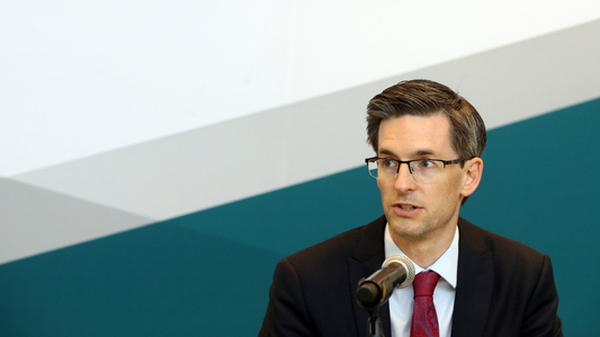 Ireland in 'precarious and uncertain' position over Covid-19