He had argued that he shouldn’t have to hand over tax and financial records to New York prosecutors because sitting presidents are immune from prosecution.

The Supreme Court disagreed, but he doesn’t have to produce his tax returns any time soon with the matter now being referred to the lower courts.

Even if he does eventually hand them over, they may never become public because they would be used as evidence before a secret grand jury.

In a separate judgment, the Supreme Court ruled that the president’s financial records do not have to be handed over to Congress.

It all means that Donald Trump’s personal, and potentially controversial, financial information will probably not become public before the election.

Mr Trump is under fire for his handling of the coronavirus outbreak and his stance on the recent racial unrest.

He’s also well behind in the opinion polls. The last thing he needed was a financial controversy before November’s vote.

The president’s response to today’s ruling has been vintage Donald Trump, blaming those who are against him and portraying himself as the victim.

He took to Twitter, describing it all as unfair and a "political prosecution".

He claimed that it came down to prosecutorial misconduct and that it is his predecessor, Barack Obama and the former Vice President Joe Biden who should be under investigation.

He added that the Supreme Court "gives a delay ruling that they would never have given for another President".

Further legal battles lie ahead when it comes to Donald Trump’s tax returns.

The Supreme Court certainly hasn’t handed him a victory, but it has given him time. 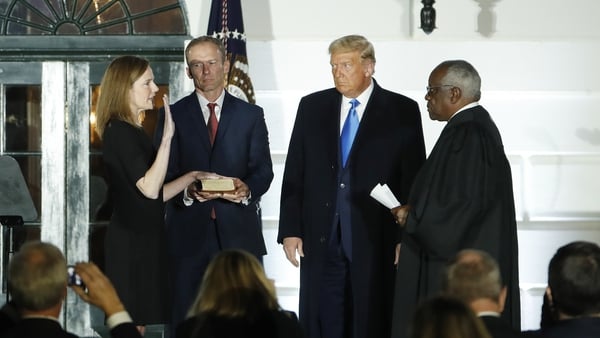