Investigations are continuing to establish the cause of what is being treated as a tragic accident that killed two brothers at a quarry in Portroe, Co Tipperary, yesterday.

They have been named locally as 42-year-old Fergus Brophy and his 34-year-old brother Philip from Ballybrittas in Co Laois, where their family has a farm.

It is understood both men were experienced divers.

The Portroe diving centre only reopened yesterday after being closed because of the coronavirus pandemic.

Fergus and Philip Brophy, who were among the first customers at the centre yesterday morning, arrived together.

They wanted to test an underwater scooter they had recently acquired. It is understood they were in the water for around half an hour when one of them got into difficulty at around 1.30pm.

His brother went to his assistance but he got into difficulty too. He surfaced and raised the alarm but fell unconscious and died a short time later.

Members of two search and rescue teams were in the water conducting separate training exercises when the alarm was raised. They recovered the second body in around 25 metres of water after gardaí and the emergency services arrived.

The bodies of both men were removed to University Hospital Limerick where post-mortem examinations will take place.

The slate quarry in Portroe has attracted divers for many years and, more recently, has been operating as a dive centre.

The water is believed to be 30 metres deep in parts. It is used by divers from all over the country, including the Garda Water Unit. Naval service divers have also dived there. 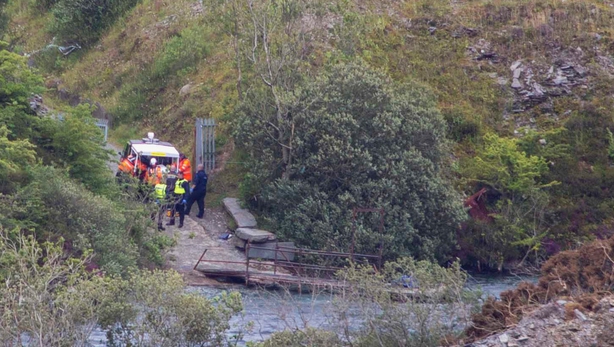 Clean-up operation in Kenmare after flooding