High-performance athletes are set to be able to return to their training bases from next Monday, RTÉ News has learned.

The Cabinet is expected to give formal approval to the move in the next two days after health clearance was secured.

It means that athletes using the National Sports Campus will be able to return to training there.

Some 200 competitors including amongst others swimmers, rowers and sailors can resume training outside of locations close to their homes from early next week.

Up to this point these Olympic athletes were confined to training within the 5km parameters that applied to all groups except for essential workers.

In many cases their training was severely compromised as a result of the Covid-19 safety measures.

Four League of Ireland football teams will also be returning to collective training on Monday as they continue to undergo regular testing, with a second round of testing completed earlier this week.

This is as scheduled in the FAI's road map for a return to top-level football, with some friendly matches planned for later in the summer before the league can resume. 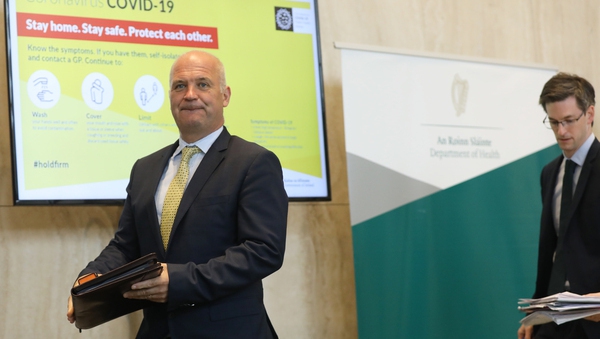