Exchequer figures for May show an overall deficit in the public finances of €6.143 billion. This compares with a deficit of €63 million in the same month last year.

An unexpected increase in the amount of corporation tax collected offset sharp declines across all other tax heads.

Corporation tax came in €1.224bn ahead of last year.

The Department of Finance puts this down to increased levels of profitability in some companies and not 'one off' factors.

The Department also notes that the 35.4% decline in VAT, while high, was less than projected. The fall off in income tax was also less than forecast.

Minister for Finance Paschal Donohoe says an Exchequer deficit of over €6.1 billion was recorded to the end of May 2020.

He says this reflects the 'extraordinary measures' taken by the Govt in recent months | Read more: https://t.co/i0jqIZuB4f pic.twitter.com/wh43PpGgbG

Commenting on the figures, Minister for Finance Paschal Donohoe said today's figures show that the expected steep decline in consumption taxes has been offset by a rise in corporation taxes and relatively resilient income taxes.

"In relation to corporation tax, as I have said many times before, receipts of this order will not last forever," he added.

"Even if receipts prove resilient during the current crisis, they will decline in the near future. As such, excess returns should be used to reduce the extraordinary amount of borrowing the State is taking on to fight this crisis'.

"Income taxes are proving to be more robust than estimated for now. June income tax receipts will be important in providing a clearer assessment."

Speaking during a briefing this afternoon, Mr Donohoe said Covid-19 measures have resulted in a severe contraction in economic activity, both domestically and internationally.

He said the running of these kinds of deficits was important for the economy and society at this point.

He said overall, income tax was down €137 million, or 7.8%, compared to this time last year, adding that PRSI receipts declined by close to 16% in May.

For the month of May, corporation tax receipts amounted to €2.5bn. Mr Donohoe said this was over €1.2bn more than May of last year, but added that this increase mostly related to economic activity that occurred in 2019.

On the Pandemic Unemployment Payment, Mr Donohoe reiterated that it would continue beyond the current planned closure date. He said it is the case that there are some issues in relation to the payment that they have to consider.

Mr Donohoe also said the Temporary Wage Subsidy Scheme will not be disappearing overnight, and any decision on that will try to get the balance right between unwinding the scheme and keeping jobs that are dependent on it.

He said there are over 400,000 jobs at the moment that may not be in place had it not been for the existence of the scheme, and added they are hoping to make an announcement that integrates the future of the scheme across the coming months into the pandemic unemployment payment. 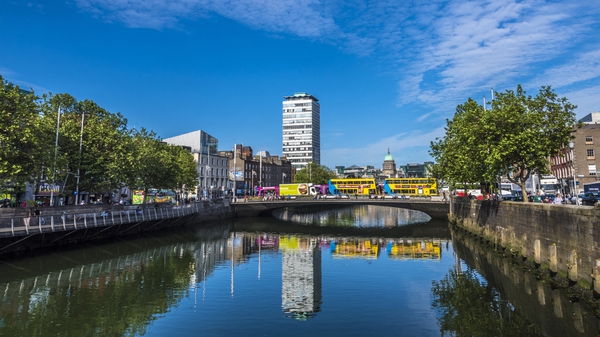