If your social media, like mine, has been flooded by funny images of pubs with garden centres signs photoshopped over the door, then you realise just how desperate we all are for a return to normality.

Homeware versus hardware confusion aside, tomorrow that normality moves one step closer. Never will we have been happier to ramble through the garden centre or hardware store. The nation will dig deep and find its inner compulsion to paint the spare room, plant a flower bed or get that patio furniture sorted.

But, from the very moment the Government announced that the retail restrictions would be eased from this Monday, the warnings came.

Taoiseach Leo Varadkar said: "There's a concern that people will descend on hardware stores and garden centres in large numbers. That's what we don't want to see happen".

The rush on toilet roll and the clear out of the baking sections in shops are just two.

The baking boom reached such a level that the biggest flour mill in the country, Odlums in Portarlington, had to work around the clock for the first time in its 175 year history.

Then there was the bizarre rush on McDonalds drive thrus all over the country as the warning came that the shutters on fast food chains were about to come down. There was something 'end of days' about the queues that formed at drive thru outlets.

But our return to the garden centre and hardware store will be very different. Just like the supermarket shop has become more difficult, so too will the farmers market, garden centres and other outlets to open soon. 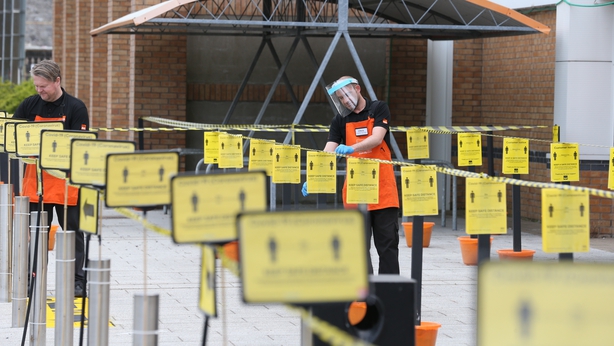 Read more: With markets closed, what's been happening down on the farm?

Social distancing measures will have to be put in place, the number of customers will be limited and the now-familiar queue will be a reality, as will perspex screens, hand hygiene stations and the Government has specifically told these outlets that car park restrictions should be considered.

We should be mindful, that in some cases when the long queues of cars formed outside McDonalds drive thrus, gardaí actually shut them down ahead of time due to traffic disruption. If we flock to the garden centre this week, expect to be moved on if things get out of control.

The popularity of the farmers market is about to increase too, they are outdoor, open, already tend to be socially distanced and will feel more like themselves than most other retail experiences in the months ahead.

Like everything that has happened so far, we need to be mindful of hype over reality.

Despite all the warnings about shortages in supermarkets, very few have materialised.

We've seen empty egg shelves, not because we've been buying more eggs, but because an outbreak of Avian Flu in Monaghan wiped out a large number of laying hens. Clearly Covid-19 is not the only thing changing our world. 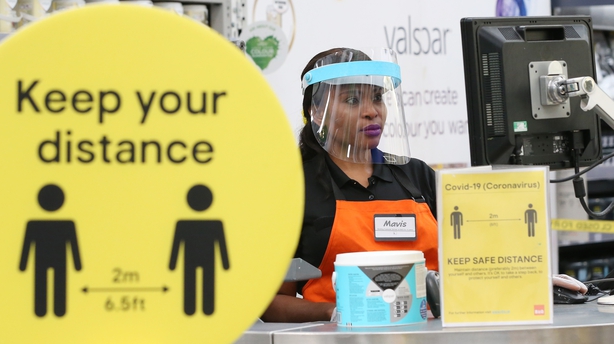 Our supply chain is robust, the retail chains have so far proven that point very clearly. It will take a few weeks for hardware and the other stores re-opening to get things moving again. Deliveries will be slow at first. The massive demand for online deliveries over recent weeks will have depleted stocks.

So, if you want to get some bedding plants, or plan on doing those DIY jobs that have been staring you in the face since the beginning of March, think before you leap!

Plan your visit, make a list, whatever you do, don't put yourself through the pain of repeated visits to the hardware store.

The other key piece of advice for consumers is to shop local.

Most of us have learned over the past few weeks that the answer to our consumer needs often does not lie in a large superstore.

The corner shop, small pharmacy, and smaller shops tend to be quieter and better stocked. Yes, they may be a little more expensive, but what price do you put on queuing aimlessly around a superstore car-park? Also, you can't put a price on advice and a friendly smile in a time we've been robbed of social interaction.

Beyond the hardware stores, farmers markets and garden centres, there will be other changes this week.

Car service and sales will begin to open up too, and if you don't live in a city where you can get Deliveroo, Just Eat or Uber Eats to your door, on Wednesday McDonalds will begin to re-open its chain of drive thru restaurants.

Not that a Supermacs or a BigMac is the be all and end all, but, it’s just normal. And, we all need some normal in our lives.

Does the green list offer any clarity on foreign travel?