Dublin City Council has asked Disney for further information about its plans for a sliding, open-mesh retractable security gate to its shop entrance on Grafton Street.

In their planning application Disney said they believe there is strong justification for the proposed works - saying staff members have observed the doorway at its store being used by the homeless for sleeping, alongside apparent drug use being reported.

Disney's proposal has been criticised by those who say homeless people have just no other option.

Housing campaigner Fr Peter McVerry said retailers should use their influence to put pressure on the Government to take action on homelessness instead of forcing rough sleepers from their doorways.

Dublin City Council has said it is important the security gate would not detract from the streetscape.

The council said: 'The Planning Authority has a concern with the materials proposed.

"The site is located in the Grafton Street ACA and scheme of special planning control and therefore a bespoke design together with high quality materials are crucial.

"The applicant is requested to address the concerns of the Planning Authority in this regard.

"The applicant submitted a photograph of the proposed security gate. The justification for the gate is that the doorway is the subject of anti-social behaviour."

The authority has asked Disney to address these concerns before a decision on its application for planning permission for the security gate is made.

When contacted by RTÉ News the Disney Store said they were not available to comment on the matter. 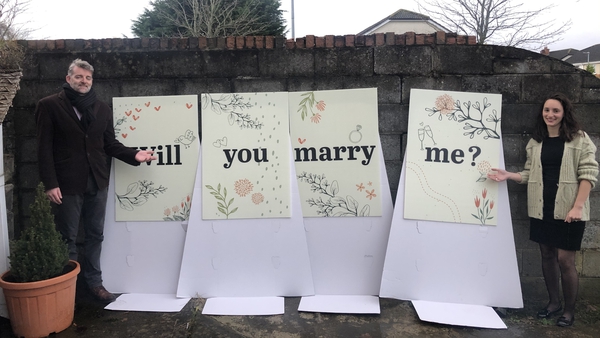