The FAI informed the Office of the Director of Corporate Enforcement (ODCE) in March of this year of a €100,000 loan to the organisation made by its former CEO and Director, John Delaney.

The ODCE instructed the FAI to go back and refile its 2017 accounts. The corporate watchdog is also currently investigating the FAI.

In April, the FAI became aware of a contract with a sponsor which would result in the association having to reimburse the sponsor.

The FAI was also the subject of an audit by the Revenue this year. 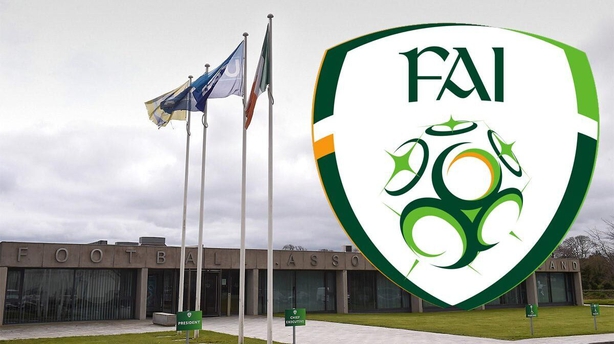 It's conducting its own ongoing investigation into its accounts and "possible related party transactions with Directors".

The FAI Board acknowledge that other unrecorded transactions "may exist".

So, under the limits of what's known, the 2018 accounts were also published today.

What do we learn from the accounts?

Former CEO and Director, John Delaney, entered into a contract with the FAI in 2014 in relation to bonuses and pension arrangements.

There was no record of these contracts in the minutes of the Board or in the association's payroll and personnel records.

Also, in 2016 and 2017, John Delaney incurred expenses which the notes to the accounts state "were of a personal nature"

'The most disturbing thing is that the FAI directors note themselves that we may not have even gotten to the bottom of what went on in the FAI' - Economics Correspondent @RobertShortt on the gravity of the FAI's financial situation pic.twitter.com/SwWxizvwkD

In September, the FAI struck a settlement with its former CEO and Director of €462,000.

We learned that the FAI has allowed for a charge of €2.98 million as its "best estimate" for what it owes Revenue for "significant underpayment of employment taxes and VAT liabilities in previous years".

We learned that the FAI had to reclassify €1.029m it thought it had earned through a sponsorship deal struck in 2016 to an amount it now owes. Why? Because a clause in the contract entitled the sponsor to back out of its deal, which it did in March of this year.

The auditors had not been told about this clause.

The FAI has had to pay €3.6m so far in professional fees to sort out its accounts.

It has liabilities of €55m and is reliant on continuing financial support from UEFA and its bankers.

In its report on the audit of financial statements, Deloitte states that the impact of the previously unrecorded contracts "...indicated a material breakdown in internal control relating to management override of controls over a number of years..."

Deloitte refer to the internal reviews undertaken by the directors but state that these are not "...a sufficiently robust process to identify if other unrecorded liabilities exist..."