British Prime Minister Boris Johnson has said the Brexit deal that has been struck with Brussels "busts" the UK out of the Northern Ireland backstop agreed by his predecessor Theresa May.

As Mr Johnson faces a crunch Commons vote on the last-minute deal tomorrow, he has urged MPs on all sides to support it.

Speaking to ITV News, Mr Johnson said: "It busts out of [the] backstop, the previous problem with the deal, the previous deal that kept us locked in the customs union and the single market so, it's a vast, vast, vast step forward.

"And what it also does, which is good, is it creates a period, a transition period from end of October, end of this month, there's a period of standstill giving certainty to business and at the end of that it is perfectly correct that we will move to the new arrangements."

Mr Johnson insisted the agreement did not signal a "race to the bottom".

He said: "There's some good language in the level playing field stuff, in the Political Declaration about this country's ambitions on the environment and on social protection you know we're world leaders in this stuff, there are ways in which we want to go further than the EU.

"Under the freedoms that we will win it will be possible for instance for the UK to ban the export of live animals, which has caused offence over many years in this country and we can do all things differently to a higher standard and our aspirations to high levels of protection will be enshrined in the Political Declaration."

Deal leaves 'outside chance' of future hard border - Taoiseach
Brexit Republic Podcast: Withdrawal Deal 2.0
Super Saturday: Your guide to what will happen
What will Johnson do if deal voted down in Westminster?

Pressed on whether he could rally MPs to back his Brexit deal, Mr Johnson said: "I think there is a is a very clear case for all of us to get this done and that is because, I don't know what you feel, but I sense from my own constituents in Uxbridge, and across the country people want us to deliver now and parliamentarians whether they're Labour, Lib Dems, Plaid, Scottish nationalists we all want to, or DUP we all want to move on."

Asked whether Saturday's vote was the biggest thing he has done professionally, Mr Johnson said: "Well I wouldn't deny that, I think it's a very big moment for our country.

"I want us to get Brexit done on Saturday, so that we can move on to other priorities like the cost of living, the NHS, tackling crime and protecting our environment." – PM @BorisJohnson #GetBrexitDone pic.twitter.com/CTLyx86dm2

"But also its a big moment for our democracy and parliamentarians because I do think we have a choice, which is we have to consider how long we can delay and seem to frustrate what was a pretty clear democratic expression of the will of the people and I think that it would be a great and a fine thing if we could get it done and come together tomorrow."

The comments came as French President Emmanuel Macron turned up the pressure on MPs to back the new Brexit deal, by raising doubts that any further delay will be granted.

Just a day before the vote, Mr Macron said that the EU would not grant a further delay to Article 50 unless there are "some major changes".

His threat added to one from European Commission president Jean-Claude Juncker, however reports have suggested Germany's Angela Merkel believes a delay is inevitable if MPs reject the agreement.

With no Commons majority and the DUP dismissing his plan, Mr Johnson must appeal for support from the Tory rebels he expelled and Labour MPs wanting to avoid a deal-less departure. 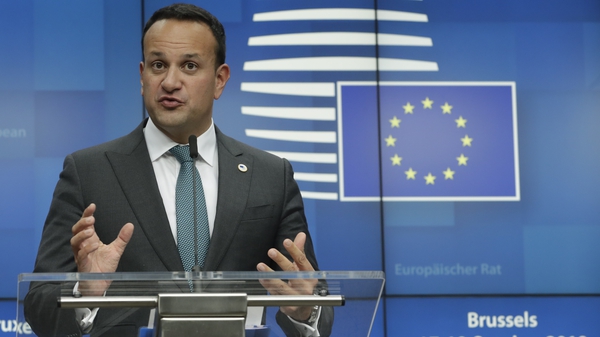