A number of road blocks were mounted by climate change activists in a Dublin city centre demonstration today, disrupting traffic for short periods.

It is part of a week of protests and disruptions by members of Extinction Rebellion, an environmental activist group. The disruptions are coinciding with protests being held across the world, calling for urgent action on climate change.

No arrests were reported in Dublin today, however hundreds of protesters were arrested in London and Amsterdam.

Up to 500 people took part in the demonstration in Dublin city centre today. They began their demonstration at Leinster House and made their way to Merrion Square, where a rally was held.

A camp has been set up by the activists in Merrion Square. 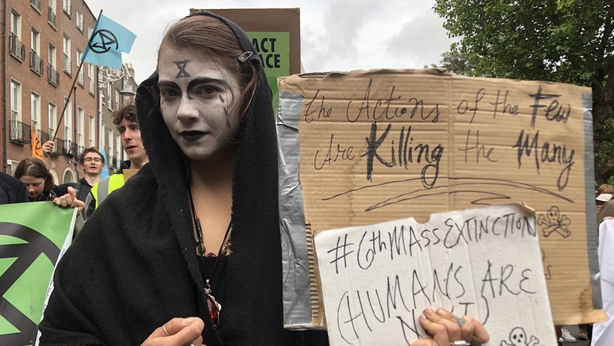 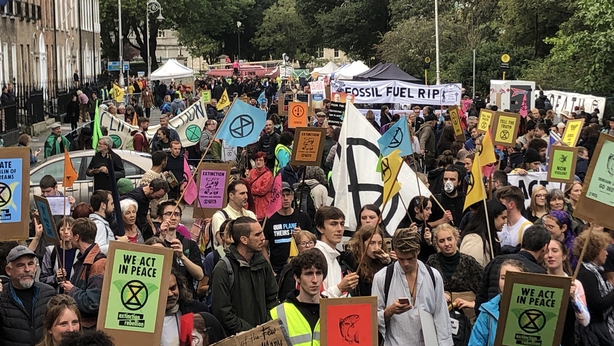 Traffic and businesses in Dublin city centre can expect to be disrupted throughout the week. The level of disruption is as yet unclear.

The group said the aim is to disrupt business and to raise awareness of demands on the Government to tackle the climate emergency after traditional methods, such as writing letters, had failed.

Each day specific themes and activities will be decided at the makeshift camp.

Public transport operators said they will monitor the situation and work with gardaí and authorities to minimise disruption.

A spokesperson for the group said the protests would cause some disruption, but she added they would be focused on Government and industry, rather that causing problems for the general public.

Speaking on RTÉ's Morning Ireland, Susan Breen said that a lot of different events are planned but there has been a lot of "sensationalist scaremongering" in the media.

Ms Breen explained that she joined Extinction Rebellion because she is the mother of young children and she is "terrified" for their precarious future.

She said the group's aim is not to cause problems for the public and urged anyone with ideas to come and talk to them over the course of the week.

Ms Breen said that the movement is a non-violent, family-friendly one and she hoped it would spread positive messages, while highlighting those companies that do the worst damage to the planet.

However the CEO of Dublin Town has said that while he supports the aims of Extinction Rebellion, he has some concerns about how its concerns are being manifested.

Speaking on the same programme, Richard Guiney said discommoding people and making their daily lives impossible will not bring people on the journey of change that is needed.

He said that businesses are interested in being more sustainable and environmentally aware. Innovation has always been part of business, he said, and always would be.

Mr Guiney added that it is not just businesses that are concerned about the possible impact of protests this week, adding that schools have also expressed concerns.

The group is joining up to 50 other countries in what it is calling 'Rebellion Week'.

Extinction Rebellion has scheduled non-violent protests chiefly in Europe, North America and Australia over the next fortnight.

In London, where the Extinction Rebellion movement was born last year, demonstrators put up structures on Westminster Bridge in the shadow of Britain's parliament. Over 200 arrests were made by police.

Events will also be held in India, Buenos Aires and Cape Town.

Dozens of protesters were arrested across Australia and New Zealand as activists began demonstrations.

An "opening ceremony" yesterday evening attracted hundreds of people to central London, where plans are in place to shut down key sites, including Westminster and Lambeth bridges, in addition to protests outside key government departments.

Extinction Rebellion spokesperson Zoe Jones said Marble Arch in London will be used throughout the two-week protests as other sites are moved between.

She said: "We're here to pressure the government into action because we can't wait any longer.

"The next two weeks will involve marches and family friendly events, there'll be some spicier actions as well and some will be arrestable.

"We've had 4,000 rebels sign up and say they are willing to be arrested - which is a huge increase on the number arrested in April of 1,000."

Hundreds of activists barricaded themselves inside a Paris shopping centre for hours over the weekend, holding banners with slogans such as: "Burn capitalism, not petrol" above restaurants and fashion boutiques.

In Delhi, one of the world's most polluted cities, dozens of protesters staged another preliminary event yesterday by holding a "die-in" on a road in the heart of India's capital.

Holding up hands covered in red paint and signs such as "There is no planet B", they called on the Indian government to act to tackle climate change. 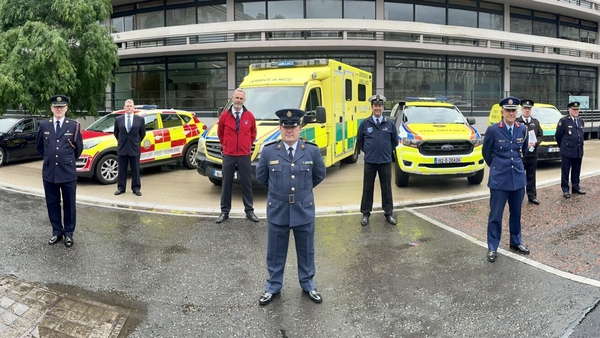 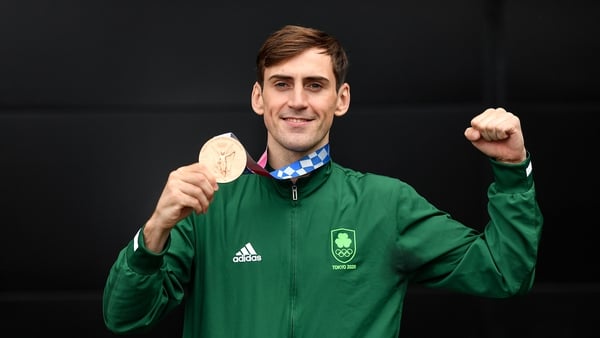 'Surreal' to be home for Olympic boxer Aidan Walsh