The Taoiseach and the British Prime Minister held their first face-to-face meeting to discuss Brexit since Boris Johnson took over at Number 10.

The talks at Government Buildings in Dublin this morning, which lasted more than an hour, were described as "positive and constructive".

In a joint statement afterwards, both leaders said common ground was established in some areas, although significant gaps remained.

It said: "While they agreed that the discussions are at an early stage, common ground was established in some areas although significant gaps remain.

"Ireland and the UK are committed to securing an agreement between the European Union and the UK, and recognise that negotiations take place through the Brussels Task Force.

"They also shared their commitment to the Good Friday Agreement and the restoration of the power-sharing institutions in Northern Ireland."

Leo Varadkar also told Mr Johnson that for the Irish Government having no backstop in the Brexit Withdrawal Agreement was the same as having no deal.

Mr Varadkar said there was no such thing as a clean break.

"In the absence of agreed alternative arrangements, no backstop is no deal for us," Mr Varadkar said.

Mr Varadkar said he believed a deal was possible and he wanted Ireland to be a friend and ally of the UK.

Taoiseach @LeoVaradkar says Ireland is open to alternatives to the backstop, but they must be realistic and legally binding | | Live #brexit blog: https://t.co/4Vw0XGf8xm pic.twitter.com/ssGgJztFVt

The Taoiseach warned Mr Johnson that he faced a "herculean task" in achieving trade deals with the EU and US post-Brexit.

He said he was confident that he and Mr Johnson would achieve common ground, and said he would listen to any constructive ways that might break the current Brexit impasse.

He said they respected the UK's decision to leave the EU, but said leaving with no-deal would cause severe disruption to Ireland and the UK.

Mr Varadkar said the backstop was a critical component of the Withdrawal Agreement, and they could not replace a legal guarantee with a promise.

"The stakes are high, avoiding a return to a hard border is the priority of this Government," he said.

"We are open to all alternatives legally workable, but we have not received such to date.

"The Good Friday Agreement is the best example to show that old foes can come together and as co-guarantors of that agreement."

Mr Johnson said the one message he wanted to deliver today is that his overwhelming preference is to get a deal. He said he believed this could be achieved by 31 October.

He said he had looked carefully at a no-deal scenario and assessed the consequences for both Ireland and the UK, but going through with it would be a failure of statecraft.

Mr Johnson said Brexit was not a problem that Ireland wished for and so there were many questions that needed to be resolved.

He said the UK would never institute checks at the border, could protect the economic unity of Ireland, and could uphold the Good Friday Agreement.

"I've seen the old border and how absolutely vital it is we keep the open border, on the plan, it's fairly obvious, we need to find a way of ensuring that the UK is not kept locked in backstop arrangement while giving Ireland the assurance that it needs," he said.

"Whether it's electronic pre-clearance or concept of the unity of island for agri-foods, and other ideas we'll bring forward to address the full range.

"I don't underestimate the technical problems but I do think there is a way through."

British Prime Minister @BorisJohnson says the UK will "never, ever institute checks at the border and I hope our friends in the EU would say the same". | Live #brexit blog: https://t.co/4Vw0XGf8xm pic.twitter.com/iUMsfmXSOP

The talks between the two leaders were later described as "positive and constructive".

Mrs Foster also said that Boris Johnson has previously ruled out the option of having the backstop applying only to Northern Ireland.

Following today's meeting between the two leaders, Mrs Foster said she was "encouraged" by the Prime Minister's commitment to getting "a sensible deal".

"I hope the discussions in Dublin lay the foundation for a way forward," she added.

"We want the referendum result implemented. To do otherwise would be to damage democracy, but we have never been champions of exiting the European Union without a deal.

"To secure a sensible deal which respects the economic and constitutional integrity of the United Kingdom will require pragmatic discussions on all sides.

"The Prime Minister has already ruled out a Northern Ireland-only backstop because it would be anti-democratic, unconstitutional and would mean our core industries would be subject to EU rules without any means of changing them.

"We will continue to work with the Government and will also use any discussions with the Taoiseach to encourage efforts towards a sensible deal."

It was previously offered by the EU during the Brexit negotiations, but the DUP rejected it.

Earlier, Minister of State for European Affairs Helen McEntee said a Northern Ireland-specific backstop would be acceptable to the Irish Government.

Speaking on RTÉ's News at One, Ms McEntee said the Government's position has always been that such a proposal would be acceptable.

However, she said this is not something that has been tabled by the UK.

She said the UK is the only one who can clarify its position with regard to this.

Ms McEntee also said that comments made by Mr Johnson this morning indicate that he wants the UK to leave the European Union with a deal, and that he thinks a deal is possible.

She said the Taoiseach has to take what Mr Johnson says at face value.

"The next few weeks will be key to determining if that is the case or not," she said. 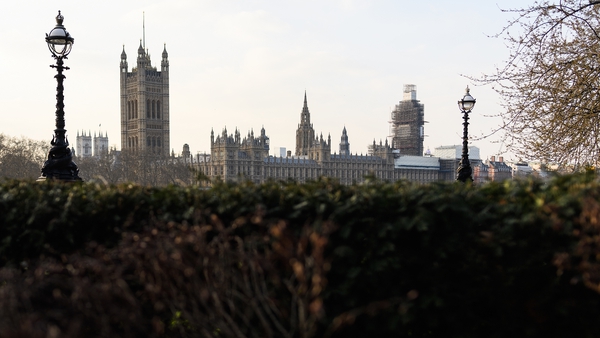 As it happened: MPs debating ahead of suspension