The blaze broke out just before 7pm at the multi-storey car park in the Douglas Village Shopping Centre.

It is understood that a significant number of cars have been damaged.

The fire is believed to have started in one vehicle and spread to others.

Fire services are having difficulty accessing the scene due to the low roof in the car park.

The centre was evacuated and there are no reports of any injuries.

Large plumes of smoke are coming from the scene and gardaí are asking people to avoid the area. 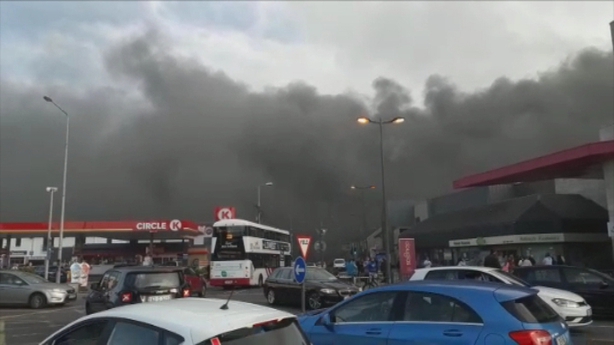 They have closed the Douglas Relief Road and Church Street in Douglas, which connects Douglas Village east and west and there is traffic congestion in the area.

Gardaí are asking motorists using the N40 in particular not stop to look at or photograph the incident and to exercise extreme caution in congested traffic.

The cause of the fire is not yet clear but a technical examination will be carried out when the blaze is brought under control.

It is thought the fire could impact on the operation of the centre whose flagship tenants include Tesco and Marks and Spencer.

Some of the footage of the #fire in #Douglas village Shopping Centre in Cork this evening @rtenews pic.twitter.com/LEJFwVofJb