It took 68 years for the British Open to return to Royal Portrush and after a memorable week of golf, with Offaly man Shane Lowry triumphing amid emotional scenes, it is hard to imagine anything but a swift return to the Northern Irish links course.

From the huge crowds for the first day of practice, through to the joyous celebrations on Sunday, Portrush embraced the Open with a bear hug as tight as Lowry's with his father on the 18th.

"It has obviously been a long time coming back to Royal Portrush and I think the crowds have shown that there's an appetite to have it back a bit sooner than in 70 years," said England's Lee Westwood, with characteristic under-statement.

The venue ticked every box for a successful Open -- a challenging links course loved by the players, a local population that lives and breathes golf, good organisation and just enough infrastructure to cope with the biggest crowds seen outside of St Andrews.

Indeed, there are suggestions that the beautiful coastal course could host again as early as 2024.

Not surprisingly, Graeme McDowell, a Portrush native, is championing such a quick return.

"This has been a special week, I hope we are coming back soon, the whispers are that we could be back here as soon as five years from now," said McDowell.

"I think with the financial commitment that Portrush have made for this, for it to get the recognition and then get back here soon, to keep that Portrush train rolling, it would be huge," he said.

"If we have to wait another 10 years, the icing might rub off between now and then. People might forget a little bit." 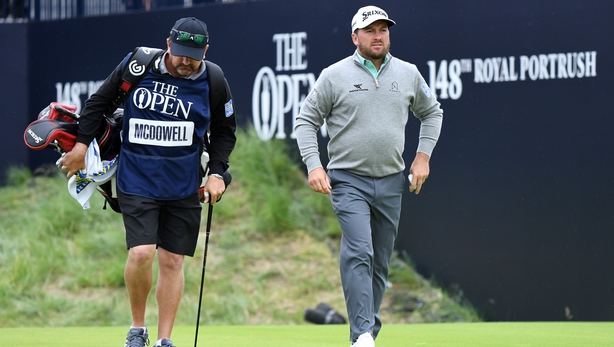 Royal St George's in England will host next year's competition before the Old Course at St Andrews will be the stage for the tournament's 150th edition in 2021.

Royal Liverpool will host the 2022 competition and when the next batch of venues are announced, Portrush will hope to feature again.

The appreciation for the course and the atmosphere was by no means limited to Irish and British golfers with Jordan Spieth, the 2017 Open winner, one of a number of Americans to give their backing to a return.

"It was amazing, I hope it's on the rotation. I enjoyed the golf course. It played tough and fair. In the town itself, the people were topnotch," he said.

"Here and Augusta are my two favourite events in the entire world, and it never disappoints. And it didn't here. It was awesome." 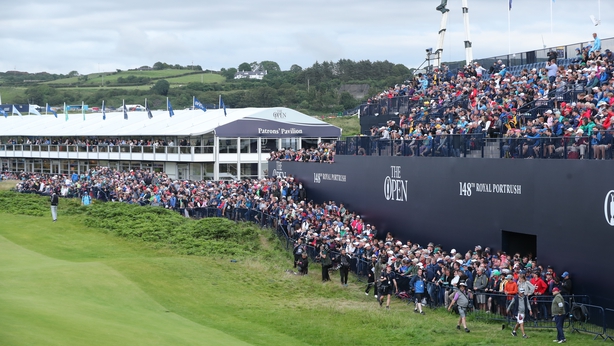 Spieth's Ryder Cup team mate Rickie Fowler agreed: "I'd love to be back. I think this golf course is a great test. It's very different from what I've seen from a lot of ... traditional links golf courses."

But beyond what the eye can see at Portrush, with the stunning ocean and coastal views and the undulating course, one of the most striking aspects of this week's event was the genuine love for the game across the region matched with a clear desire to welcome visitors.

"The hospitality I think is fantastic up here," said England's Justin Rose.

"Everyone has been really welcoming. Because it has been so long, people have been very excited about it. That feels different."