Chief Clinical Officer of the Health Service Executive Dr Colm Henry has said that the clinical risk to women at the centre of the IT glitch is low.

Of the 856 affected, he said, 52 women had a changed result after the re-test, and tested positive for the HPV virus.

The HSE has clarified that the number of women affected by the IT problem is 856.

Last Thursday, in its statement to RTÉ News, the HSE put the figure at "approximately 800 women".

Speaking to RTÉ News Dr Henry said the priority now is to check with the GPs of the 52 women, to ensure their patients received the results and were sent on for further investigation if necessary.

CervicalCheck records show that half of the group of 52 women have been referred on for further investigation. Dr Henry said that for the other women of the 800 plus group, there was no change to their result on the recheck.

He apologised for what had occurred and said that all of the GPs of the women affected by the issue will have been contacted by the end of this week or next week.

Róisín Shortall, co-leader of the Social Democrats, has said there's a need for an immediate response from the Minister for Health in terms of what the current situation is.

Speaking on RTÉ's News At One, she said there were many questions that need to be answered, such as if all 52 women who tested positive for HPV have been notified, or if they have all been referred for appropriate follow-up appointments.

Deputy Shortall said the HSE was informed in February that there was an issue with Quest.

She said the women who had been re-tested were not informed of their results, nor were their GPs.

"It beggars belief that after all that happened last year, we could have a situation again where one of the labs made two serious mistakes in the testing regime.

"Once that came to the attention of the HSE in February, you would expect that alarm bells would have rung, that the HSE would have taken control of the situation, found out exactly what was happening, and ensured there was proper communication with all of the women concerned."

Deputy Shortall said the matter should also have been escalated within the Department of Health, and that she believes the HSE was more concerned about protecting its system rather than communicating clearly with people who have been re-tested.

Lorraine Walsh, board member of the 221+ group and patient advocate with HSE steering group, has said she hopes all 800 women will have heard from their GPs by the end of the week. 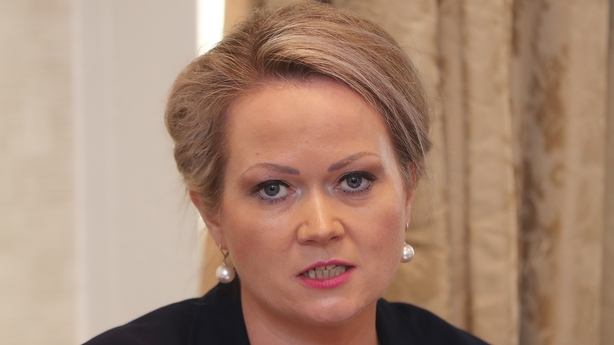 Ms Walsh said the latest problem reflects a serious communication problem that needs to be resolved.

She said she did not accept that the problem was an IT glitch.

She said that she was reassured by Dr Colm Henry when he said that the risk to the women's health is low.

However, she added, the situation is changing by the day and there are a lot of questions that the women of Ireland deserve to have answered.

Ms Walsh said if the last year has taught us anything, it is that you cannot assume everything is ok and she urged women to follow up with their GPs.