Crowds of jubilant Sudanese people took to the streets of Khartoum to celebrate a landmark deal between protest leaders and the country's ruling generals aimed at turning the page on months of political unrest.

The power-sharing deal, reached in the early hours after two days of hard-won talks brokered by Ethiopian and African Union mediators, came after a previous round of negotiations collapsed in May over who should lead the new body, a civilian or soldier.

Sudan has been gripped by political deadlock since the generals ousted longtime president Omar al-Bashir in a palace coup in April following months of mass protests nationwide.

"We want to reassure all political forces and armed movements and all those who took part in the change... that this agreement is all-inclusive and does not exclude anyone," the ruling military council's number two, General Mohamed Hamdan Dagalo, said after the deal was reached.

The key protest group that initially launched demonstrations against Mr Bashir in December hailed the deal.

"Today, our revolution has become victorious and our victory shines," the Sudanese Professionals Association said in a statement.

Tension between the two sides had soared after a brutal raid on a longstanding protest camp outside army headquarters in Khartoum that killed dozens of demonstrators and wounded hundreds on 3 June.

Mr Lebatt did not specify the exact make-up of the new ruling body, but prominent protest leader Ahmed al-Rabie told AFP it would comprise six civilians, five of them protest movement nominees, and five military representatives.

The SPA said a final draft of the agreement would be ready for signing by the two sides by Monday. 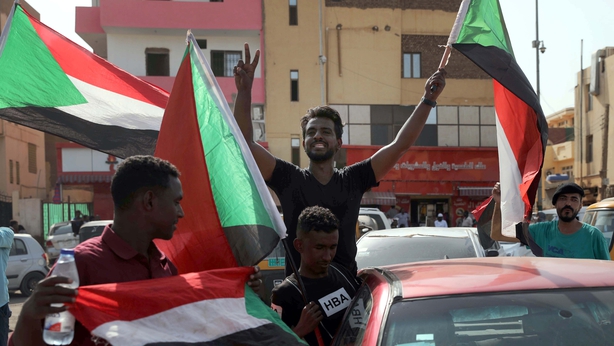 The eagerly waited deal triggered celebrations on the streets of Khartoum.

Chants of "the martyrs' blood has not been shed in vain" and "civilian rule, civilian rule," reverberated around the city as security forces kept a low profile, an AFP correspondent reported.

"Today we can say that our revolution has embarked on the right path in achieving our goals," said north Khartoum resident Somaiya Hassan.

"I think we will be able to change the horrible situation of our people," she said, as fellow residents flashed victory signs and waved national flags.

The deal was swiftly welcomed by the United Arab Emirates, which like other Gulf Arab states has been sympathetic to the ruling generals.

"We hope that the next phase will be the establishment of a strong constitutional system that strengthens the role of institutions," UAE minister of state for foreign affairs Anwar Gargash wrote on Twitter.

The latest round of talks had resumed Wednesday after Ethiopian and AU mediators put forward a draft proposal to break the deadlock. 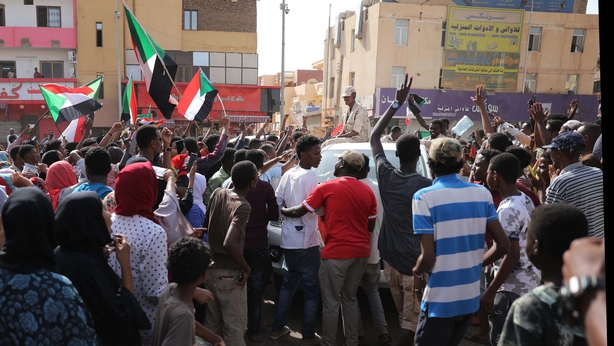 Mr Lebatt said the two sides had agreed to postpone the establishment of a transitional parliament.

Before talks collapsed in May, the generals and protest leaders had agreed on a 300-member legislature, with two-thirds of lawmakers hailing from the protest movement.

Mr Lebatt said the two sides have also "agreed to have a detailed, transparent, national, independent investigation into all the regrettable violent incidents that the country faced in recent weeks", including the 3 June raid.

At least 136 people have been killed nationwide since June 3, including more than 100 on the day of the raid, according to doctors close to umbrella protest movement, the Alliance for Freedom and Change.

The health ministry says 78 people have been killed nationwide.

The military council insists it did not order the violent dispersal of the sit-in, although witnesses have said the raid was carried out by men in military fatigues.

On Sunday, protest leaders managed to mobilise tens of thousands of supporters in the first mass protest against the generals since the raid.

The mass rally had been seen as a test for the protest leaders' ability to mobilise crowds after the generals imposed a widespread internet blackout and deployed security forces in numbers in the capital and its twin city Omdurman.