Taoiseach Leo Varadkar has said he believes the last Public Accounts Committee (PAC) treated some witnesses "very badly" and was critical of the way the former chief executive of the Rehab Group, Angela Kerins, was treated by the previous PAC.

He was speaking at a Dáil committee this afternoon, the day after the Supreme Court declared the actions of the Dáil's PAC "as unlawful" in its treatment of Ms Kerins.

The court said by conducting a public hearing in a manner significantly outside of its terms of reference and which also departed significantly from the terms of the invitation issued to Ms Kerins, the committee had acted unlawfully.

BREAKING: Taoiseach @LeoVaradkar has said he believes the last Public Accounts Committee (PAC) treated some witnesses "very badly" and is critical of the way the former chief executive of the Rehab Group, Angela Kerins was treated by the previous PAC. pic.twitter.com/5LsMOs66PI

Responding to a question from his Fine Gael colleague Fergus O'Dowd at the Working Group on Committee Chairmen, Mr Varadkar said that some sort of clear guidance is needed for Oireachtas Committee chairs about what can and cannot happen in committees.

He said that there was huge public interest into the recent Oireachtas committee hearings into the FAI and it "made change happen".

"It showed the power of Oireachtas committees and that you can actually hold people to account." 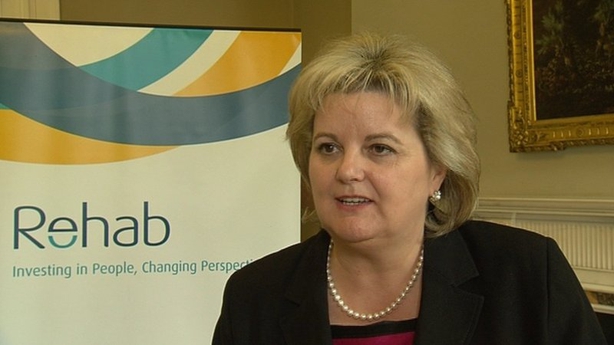 But he added: "At the same time I have to confess that I do believe that the previous PAC did treat some witnesses very badly a few years ago. Notwithstanding all the issues around Ms Kerins' salary, I do think that she was badly treated in the way she was treated by the previous PAC."

The Taoiseach acknowledged that he is now glad that the public voted down a 2011 referendum that would have given the Houses of Oireachtas additional powers to carry out inquiries.

He said: "There is one referendum I voted for that I am glad got defeated and that was the one that would given parliament the power to carry out Oireachtas Inquiries and make findings of fact against people.

"I voted for that. I was part of the Government that proposed it and I am glad that people in their wisdom refused it because ultimately we are politicians and we need votes to stay in our jobs and we are driven by news cycles."

He added: "And if you are going to act in a judicial way and make judgments on individuals, well then you have to do it in a fair way.

"I really think that is one of those areas where the people were right and we should maintain that separation between the judiciary, who can make findings of facts and findings against individuals, and us as politicians who really shouldn't go into that space," he said.

"That is not to say we can't have robust committees that hold organisations to account and shine light into dark places. Committees have done that really well."

Earlier, Fergus O'Dowd said that after the Kerins' judgement is "hugely important for us to reform ourselves.