An investigation is under way after a man's body was discovered beside a burning car at Rowan's Little, Walshestown, near Junction 5 on the M1 in Co Dublin.

The man is understood to have been shot several times and gardaí are treating his death as murder.

He has been identified as as 22-year-old Seán Little from Coolock in Dublin, who was known to gardaí because of his links with organised crime.

He was an associate of the leader of a Finglas-based organised crime gang, involved in an ongoing feud with a Blanchardstown drugs gang. He also had close links to Kinahan gang members in Dublin.

Gardaí responded to reports at around 11.20pm that a car, believed to be an Opel Insignia, was on fire near the motorway, and when they arrived at the scene around midnight they discovered the man's body next to the car. 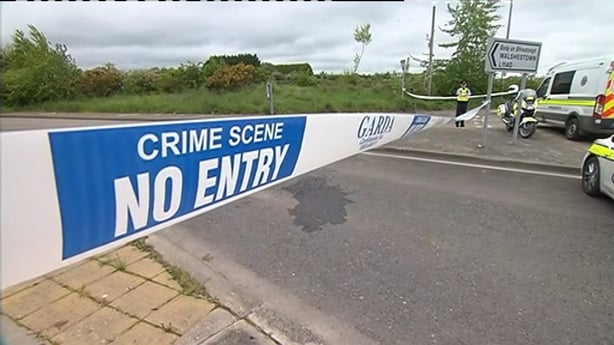 The man's body was removed to the Mater Hospital for a post-mortem examination. 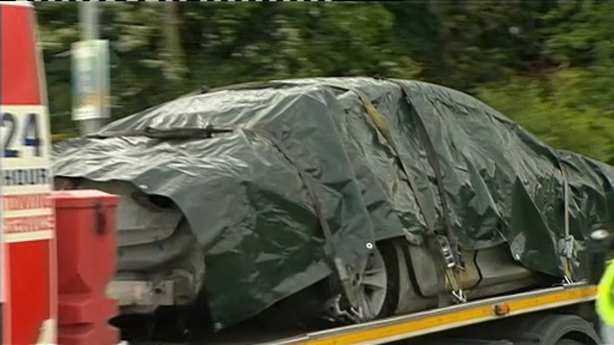 A forensic examination is being carried out at the scene and the area remains sealed off.

Gardaí at Balbriggan are appealing for witnesses or anyone with information to come forward.

They are also anxious to speak to anyone who travelled along the M1 Dublin to Belfast motorway near Junction 5 at Walshestown last night between 10pm and midnight, and who may have seen anything suspicious.

Gardaí are particularly interested in speaking to anyone who may have seen a black Vauxhall Insignia, registration number 181 D 46703.

Meanwhile, a separate investigation is under way into a fatal shooting in Darndale.

It happened near a primary school and the victim, a man in his 20s, was pronounced dead at the scene.