Minister for Communications and Climate Action Richard Bruton has been updating Cabinet members on the preparation of an all-of-Government climate plan.

The minister has said that the window of opportunity is closing fast.

It is understood that Minister Bruton will be having a series of meetings with Government colleagues this week to discuss changes that need to take place.

The minister has also welcomed the recent Report of the Joint Oireachtas Committee on Climate Action.

He believes the committee reached cross-party consensus on a number of difficult and important matters.

The committee's proposals will feed into the Government Climate Plan.

Late last year, international expert analysis deemed Ireland the worst country in the European Union on climate action for the second year in a row.

The Aviation Manager at the Transport and Environment NGO, based in Brussels, said aviation emissions are growing because there are few measures in place to address the problem.

Speaking on RTE's Morning Ireland, Andrew Murphy said he would like to see the introduction of a kerosene tax and while motorists are taxed for petrol and diesel, kerosene is tax free.

However, he said, taxing fuel alone would not be enough and more efforts must be made to invest in new technologies to help bring aviation emissions close to zero.

Mr Murphy said that these technologies are available but not enough is being done to ensure uptake in the sector.

He said the sector is a difficult one to de-carbonise, but not impossible and Ireland should involve itself in these discussions because it is such a major aviation player globally.

New figures from the EU's emissions trading system registry found Ryanair is one of top ten carbon emitters within Europe.

Mr Murphy acknowledged that the airline generally uses the most fuel efficient aircraft in the world, but said it is not about being punitive to the airline, but about pointing out a major flaw in Ireland and Europe's climate policies. 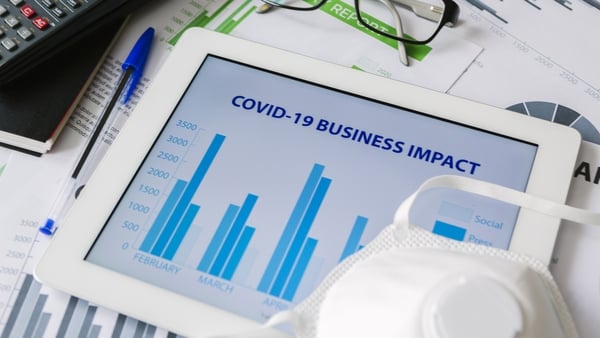