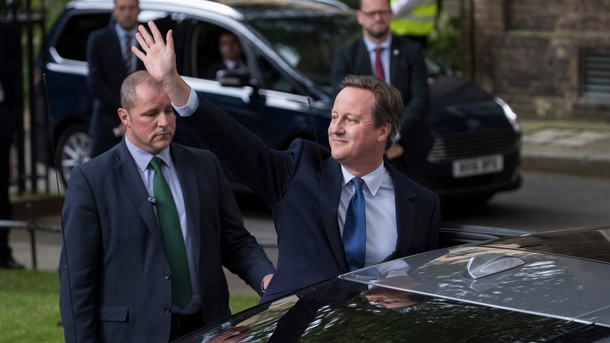 On 17 January 2017, May sets out her Brexit strategy, saying Britain will leave Europe's single market to allow it to control EU immigration.

"No deal for Britain is better than a bad deal," she insists. 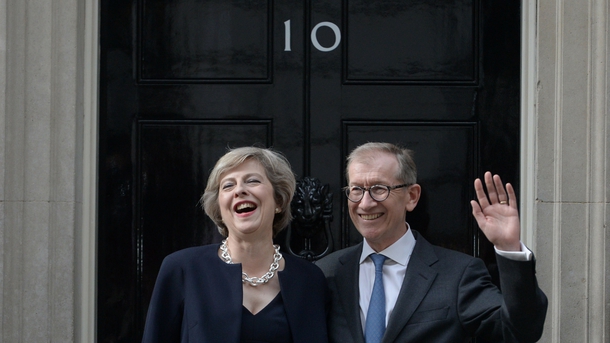 Britain's parliament approves a bill empowering May to trigger Article 50 of the EU's Lisbon Treaty, which lays out the process for leaving the union.

With a letter to EU President Donald Tusk formally announcing Britain's intention to leave, the government starts a two-year timetable for withdrawal on 29 March 2019. In a bid to strengthen her hand in Brexit negotiations, May calls a snap election for 8 June 2017.

Her gamble backfires, with her Conservatives losing their parliamentary majority.

They are forced to strike a deal for support from the DUP. 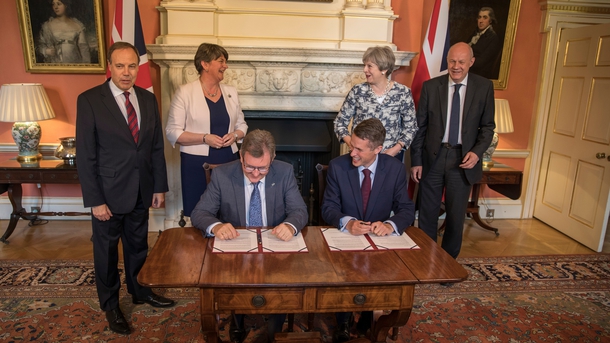 May wins agreement from her warring cabinet to pursue "a UK-EU free trade area" and strong alignment with the EU after Brexit.

Two days later, eurosceptic Brexit minister David Davis quits, saying May is giving "too much away too easily". 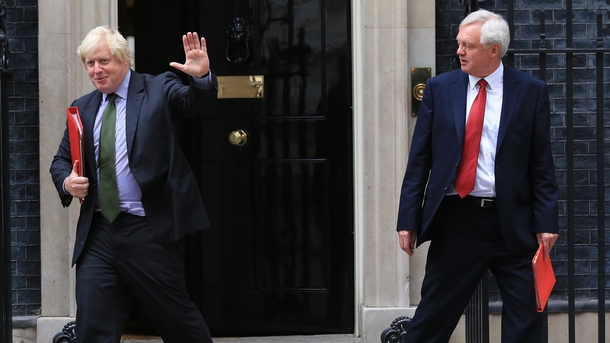 In November, May's office says negotiators have reached a draft divorce agreement with the EU, which her cabinet backs after hours of heated debate.

EU leaders approve the accord within a few weeks.

"This is the only deal possible," says European Commission President Jean-Claude Juncker. 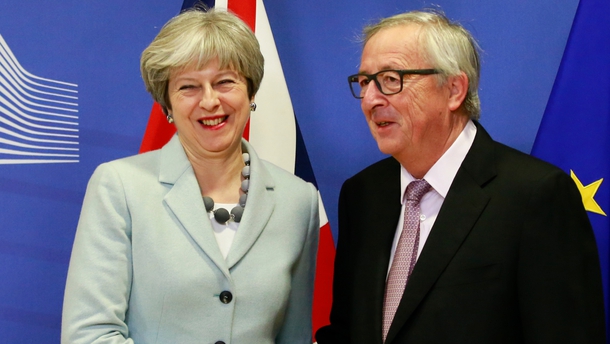 May's deal faces intense criticism in parliament over the "backstop" provision to prevent checks on the Irish border.

On 10 December, she postpones a parliament vote on the deal due the following day, fearing a heavy defeat, but EU leaders reject substantive renegotiation. 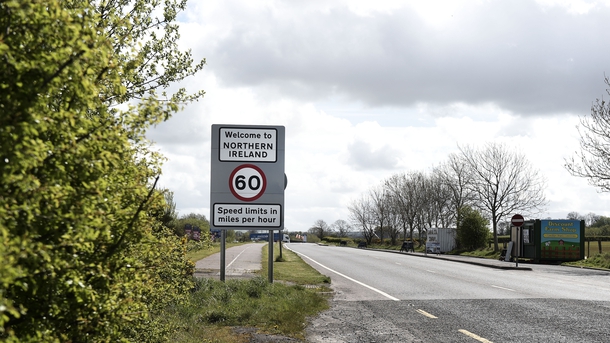 Enough Conservative MPs are unhappy with May's party leadership to trigger a confidence vote, but she wins by 200 to 117. 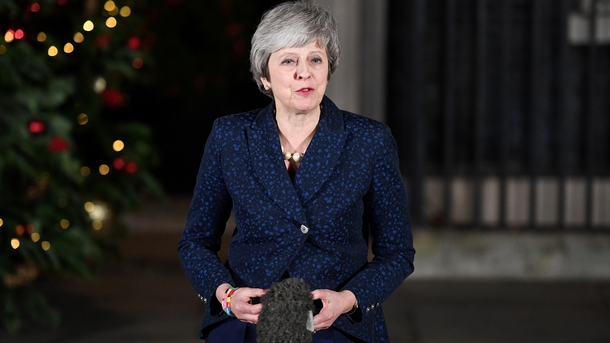 Parliament finally votes on the Withdrawal Agreement on 15 January.

With opposition parties and scores of Conservatives opposing it for various reasons, MPs vote by 432 to 202 against the deal - the worst defeat for a government in modern British political history. 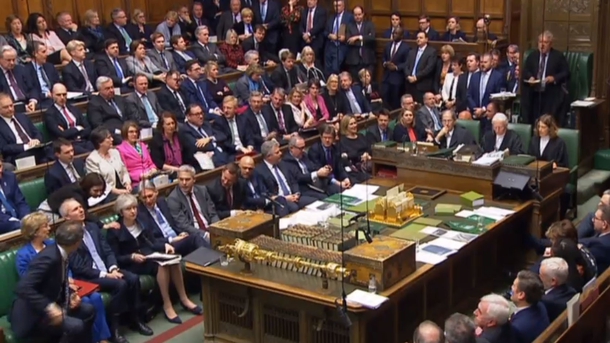 Labour leader Jeremy Corbyn calls a vote of no confidence in the government.

The government wins by 325 to 306 votes, as May's Conservatives rally round.

She pledges to work with opposition leaders to find a Brexit breakthrough. 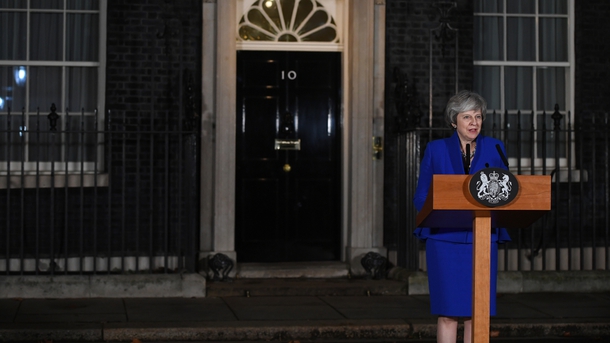 British MPs vote 391-242 against May's deal for a second time, even after she and EU leaders say they have agreed "legally binding changes" to its most contentious points. 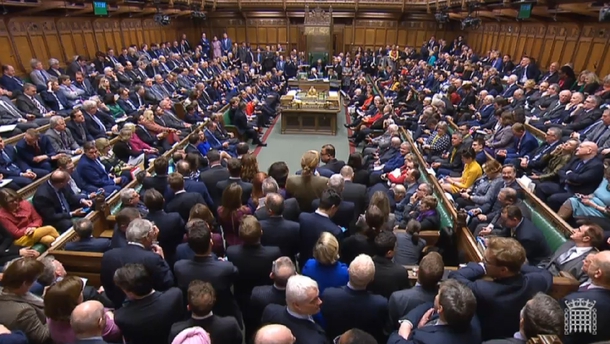 MPs vote to ask the EU to delay Brexit until at least June and to hold a third vote on Theresa May's plan early next week. 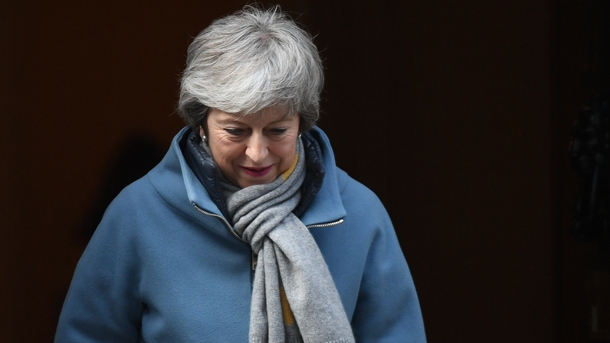 In a dramatic meeting with fellow Conservatives, May promises to resign if her main leadership rivals support her deal and help it over the line.

Johnson, the former foreign minister, backs her, as does arch-eurosceptic Jacob Rees-Mogg. May sets a third vote on her deal for Friday 29 March.