Tánaiste Simon Coveney has said the parliamentary defeat for British Prime Minister Theresa May's Brexit strategy has increased doubt among EU states that she can seal a departure agreement.

However, he added that they still stand willing to offer a package to help her get a deal over the line.

Mrs May's defeat in Thursday's symbolic vote undermined her pledge to EU leaders that she could pass her deal with concessions primarily around the Irish backstop - a guarantee that there can be no return of border controls between Northern Ireland and the Republic.

"Certainly the vote last night will increase the skepticism in the European Union that by providing more reassurance to the UK on that issue alone (the backstop), that that will be enough for the British prime minister to get the majority she needs in Westminster," Mr Coveney said in an interview with Reuters. 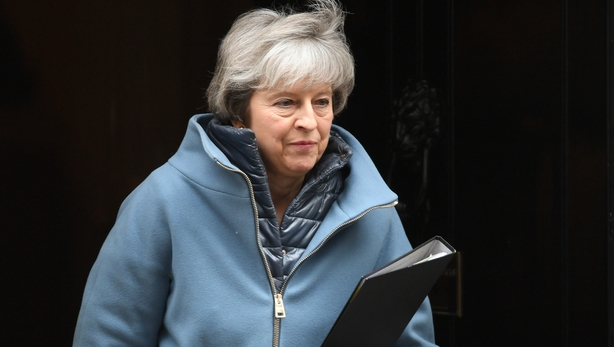 "Having said that though, the EU is serious about trying to help...Of course the Irish Government wants to see a package that will help her get a deal but I don't believe that package can involve fundamentally compromising the fragile balance that was put together in finalising the Withdrawal Agreement."

EU and British diplomatic sources have told Reuters that Britain could accept legally-binding assurances on the backstop that would not require reopening the divorce deal that was agreed by negotiators last November.

That matched Mr Coveney's assessment that the EU stood willing to provide more robust and comprehensive reassurances around the temporary nature and intended use of the backstop - possibly in the form of statements or declarations alongside the divorce deal - as well as making changes to the accompanying political declaration on future EU-UK ties.

Read more:
Taoiseach says Brexit extension possible but not inevitable
Divisions continue as May to pursue strategy to change Brexit backstop
Through the Brexit looking glass - What happens next?

Separately, EU sources told Reuters this week that Dublin would soon have to come up with a plan to ensure the integrity of the EU's single market along the border with Northern Ireland if Britain leaves the bloc without a deal.

Mr Coveney said Ireland was 100% committed to remaining a full member of the single market and that in a no-deal, Dublin would fall back on the political agreement Brussels and London struck in which Britain gave a guarantee that physical border infrastructure will not be an unintended consequence of Brexit.

"That was a commitment long before the Withdrawal Agreement so I would remind the British government that actually back as far as 2017, they made a commitment in terms of how the border issues could be dealt with," Mr Coveney said.

"That is important in the context of a no-deal Brexit because if there is a no-deal, there will be an obligation on the British and Irish governments, and indeed the EU to collectively work together to make sure decisions are made in a practical sense that prevent the need for physical border infrastructure."

Mr Coveney said it was hard to know if the EU would be able to offer anything to Mrs May ahead of her next crunch vote in parliament on 27 February, and that it all depended on what she asked for and when.

"With 42 days to go until Britain formally leaving the European Union, we still don't have an ask as to what the British parliament and British government is actually looking for in terms of getting this deal over the line," he said.

"That needs to change."