The BBC News at Six experienced an unfortunate mix-up during the week, when a headline explaining that British Prime Minister Teresa May was off to Brussels to renegotiate the backstop element of the Withdrawal Deal was erroneously accompanied by pictures of WWII planes swooping over an airbase.

We all know Brexit is getting serious, but thankfully, they haven't brought out the heavy artillery - yet.

There are a couple of things about this that are unsettling.

Firstly, in the news business, we always have great sympathy when mistakes happen, coupled with a healthy dose of relief that the mistake is someone else's and not our own.

Secondly, it wasn't very long ago that none of us had a notion what a 'backstop' and a Withdrawal Deal were and we were quite content in our ignorance.

Thirdly, and this is most disturbing, this whole Brexit mess is starting to feel uncomfortably like a war - a battle of ideologies between people at their wits end, trying to solve a conundrum while satisfying vested interests as the rest of us look on in horror, coming to the realisation that Brexit is quite possibly an unsolvable problem. 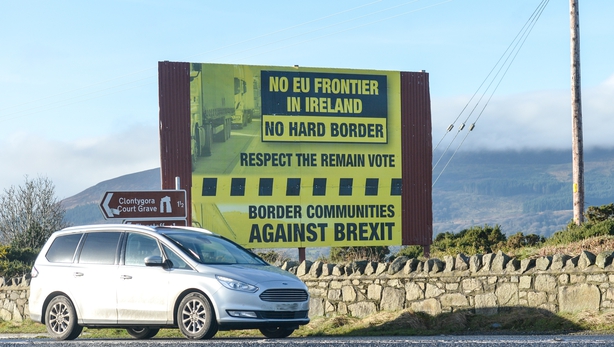 If we are truly honest, the reality of the fallout from Britain's decision to leave the EU has only in recent times come into sharp focus for most of us.

We've had it rough on this island in recent years, the economic crash of 2008 saw incomes fall, jobs vanish and planes to Canada and Australia fill with Irish people making an escape.

Then, the headlines began to change and while there are undoubtedly some deep problems left as a result of that crash, Ireland is experiencing rapid economic growth and has managed to get to a place where, for many people, there is hope again.

Through no fault of our own, this time, we are truly staring into an abyss.

Every piece of analysis you care to read will tell you that if the UK crashes out of the EU, we are the ones who will take the greatest kicking.

Of course, the UK is likely to suffer too, but the bald truth is, they voted for it.

We, on the other hand, are the innocent victims who will pay a heavy price for this decision which was not of our making.

Consider the amount of time, energy and money the State has already spent dealing with an issue that shouldn't really be our problem.

Our elected representatives have been grappling since 2016 with the intricacies of how to manage Brexit.

Our civil servants, State agencies, semi-state companies, private enterprise, farmers, exporters, business groups, universities, healthcare services, financial services, and electricity providers have all spent countless hours attempting to figure out how exactly we will manage when we are next door to a country which is no longer abiding by the same rules as us when it comes to customs and trade and regulation.

These considerations pale into insignificance though when we consider what this whole sorry saga has the potential to do to the fragile peace on this Island.

The dilemma is simple enough to understand - if we are in the EU club and Northern Ireland isn't, there will need to be a border on this island because we won't share the same rules and the stuff that passes from our jurisdiction to theirs will have to be checked and vice versa. 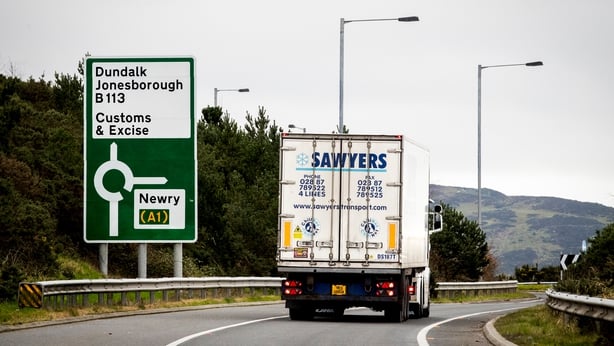 I was living and working as a journalist in the Channel Islands when the Good Friday Agreement referendum was held.

I regularly reported on cases from the Royal Courts of Justice and one of the porters there was of Irish stock and asked me to get him a copy of the Agreement.

I remember how proud he was to hold that document in his hands and sceptical, as possibly most of us were, as to how effective it would be.

But 21 years later, there are young people in Ireland who have no memory of the Troubles.

Not even a passing notion of regular car bombs, shootings, hunger strikes and terror.

That is such a huge achievement and more essential to protect than transport routes and tariff-free trade and all of the rest of the confusing stuff we hear about day in day out.

What all of us who had even a passing knowledge of those bad times know is that we simply can't go back there.

What we also know, is that the warnings are right - any sort of infrastructure on the border between Northern Ireland and the Republic will most likely trigger a chain of events that we simply can't begin to contemplate.

I spoke to prominent Leave campaigner, Nigel Farage, on last Monday night's show and asked him had he considered Ireland at all in the lead up to the Brexit vote in 2016.

He swerved past the question and told me that he doesn't think there is any issue to be solved when it comes to the border on this Island.

But in an interview last year, conducted by The Sunday Times over a bottle of wine, he was asked the same question.

The interviewer wrote: "He cheerfully admits he never gave a moment’s thought to Northern Ireland — ‘No, no, no, it was all about Gibraltar, don’t you remember?’"

And that is the tragedy here - Ireland wasn't considered in all of this, but we will be left carrying the can. You couldn't make it up.

We'll be discussing what happens next on Claire Byrne Live on Monday night and in particular - the Good Friday Agreement and where it stands in the midst of all the confusion surrounding the UK exit from from the European Union.

My mission is to try to make sense of it all with our guests and our audience - I hope you can join us on RTÉ One television at 10.35pm