A murder investigation is under way into the "senseless and callous" murder of a 37-year-old man in Warrenpoint, Co Down.

Wayne Boylan was shot dead at a house on Lower Dromore Road in the town after two masked men entered the property at around 7.30pm.

The PSNI believe he was shot in the head with a shortened shotgun and he died instantly.

A 21-year-old woman who lived at the house was seriously injured in the incident.

She has undergone emergency surgery in hospital and remains in a critical condition in the intensive care unit of Belfast's Royal Victoria Hospital.

The victim was a father of two young children and had recently moved into a flat in a semi-detached house on Lower Dromore Road.

The victim was known to the police.

The PSNI's Detective Chief Inspector Geoff Boyce said no clear motive has been identified for the attack.

He appealed to anyone with information to come forward and contact them.

"We want to be able to give answers to a grieving family," he said. 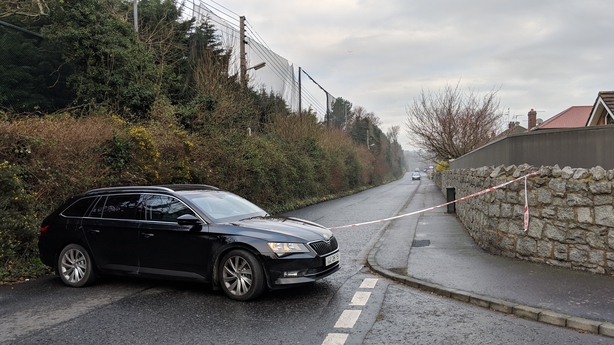 Sinn Féin MLA Sinéad Ennis said the community of Warrenpoint has been shocked at the news.