The first high-resolution images of a 21-mile tall snowman-shaped object that lies one billion miles beyond Pluto have been released by NASA.

The images beamed back from the US agency's New Horizons mission allowed scientists to confidently determine the body was formed when two spheres, or "lobes," slowly gravitated towards each other until they stuck together - a major scientific discovery.

The New Horizons spacecraft yesterday flew past Ultima Thule, which was discovered via telescope in 2014 and is the farthest and potentially oldest cosmic body ever observed by a spacecraft.

Before that flyby, the only image scientists had was a blurry one showing Ultima Thule's oblong shape, resembling something like a bowling pin or a peanut. 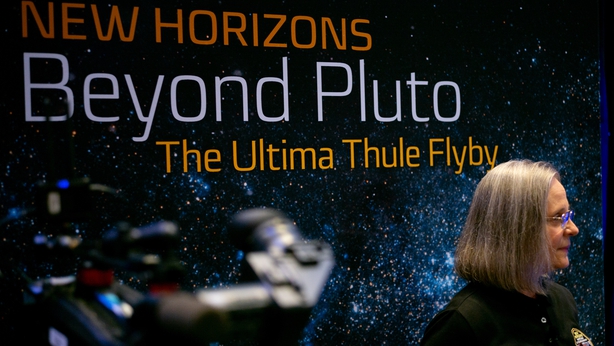 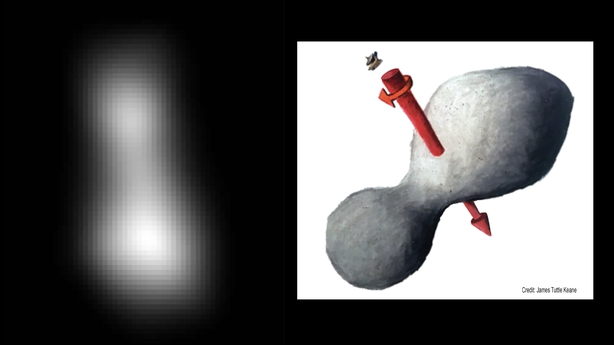 "That image is so 2018... Meet Ultima Thule!" said lead investigator Alan Stern, doing little to hide his joy as he revealed a new sharper image of the cosmic body, taken at a distance as close as about 27,000km with a resolution of 140 meters per pixel.

"That bowling pin is gone - it's a snowman if anything at all," Mr Stern said during a NASA briefing.

"What this spacecraft and this team accomplished is unprecedented."

Ultima Thule's surface reflects light about as much as "garden variety dirt," he said, as the sun's rays are 1,600 times fainter there than on Earth.

The body is roughly 19 miles long and completes its own rotation in about 15 hours.

NASA dubbed the larger lobe Ultima, and the other, which is about three times smaller, Thule.

Carly Howett, another researcher of the mission, noted that "we can definitely say that Ultima Thule is red," perhaps due to irradiation of ice.