An investigation is under way into the murder of a 50-year-old man in Co Kildare, which gardaí believe is connected to the Hutch-Kinahan feud.

Clive Staunton was shot dead near his home at Glen Easton Way in Leixlip.

The street trader was originally from Dublin's north inner city, but had lived with his family at Glen Easton Way for more than 20 years.

Mr Stauton was a widower, whose father was in the house at the time of the shooting.

He was at the Aviva Stadium in Dublin last night for the football friendly between Ireland and Northern Ireland. 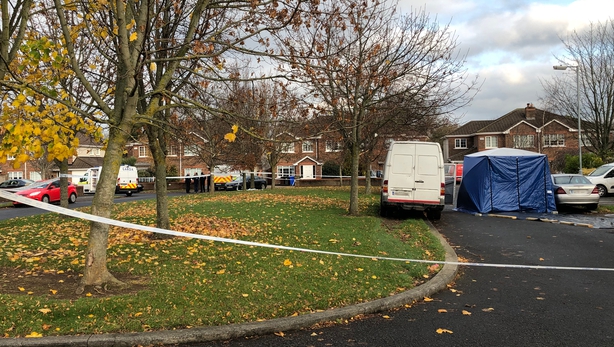 Gardaí say his killing was a "targeted assassination" and believe a gunman fired at least three shots into Mr Staunton's van.

Although he managed to get out of the vehicle, he collapsed and was shot again as he lay on the ground.

Gardaí suspect the killer, or killers, were waiting for Mr Staunton and escaped after the murder in a silver Volvo car.

Two cars were later found burned out in Manor Kilbride, Co Wicklow and are being examined as part of the investigation.

His body has been removed to the city morgue where a post-mortem examination is due to take place today.

A garda technical examination is taking place at the scene. 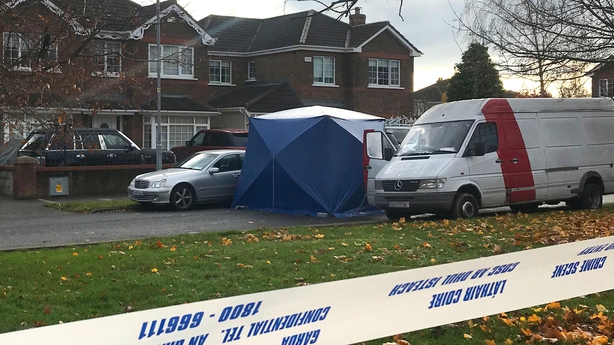 Detectives say that while Mr Staunton had some minor convictions for offences such as counterfeiting, he was not involved in criminality.

They believe he was targeted by the Kinahan crime gang because he is a distant relative of the Hutch family.

Gardaí have appealed for any information or dash cam footage that may help them in their investigation.

Speaking at a news conference this afternoon, Supt Gerry Wall said they are always reliant on the public to help in their inquiries.

Gardaí confirmed that Mr Staunton had worked at a stall at the Beggars Bush junction near the Aviva Stadium last night selling football merchandise.

They are asking anyone who saw Mr Staunton or his van, a white Mercedes sprinter 96-D-22788 with a distinctive red stripe on both sides, between Bath Avenue, Dublin 4 and Leixlip, Co Kildare between 8pm and 9.15pm on 15 November to contact them.

An appeal has also been issued for information on the movement of a silver/grey Volvo S40 (an old-style square back) between Leixlip and Manor Kilbride, Co Wicklow.

Gardaí are also looking to speak to anyone who was in the Glen Easton estate between 8.30pm and 9.30pm to contact them at Leixlip Garda Station on 01-6667800 or any garda station.

Gardaí added that no firearm has been recovered so far.

Judith Gillespie will remain a member of Policing Authority