Stance on political and social issues as well as the ability to stand up for "ordinary people" were said to be important factors for Peter Casey voters, according to the RTÉ News Red C exit poll.

Opinion polls during the campaign had put Mr Casey's support at 2%, but his support in the exit poll is 21%.

The RTÉ News Red C exit poll asked voters what the most important factors were for them when they made their choice.

The leading factors among voters generally were track record and suitability to represent Ireland abroad.

However, Mr Casey's voters said that the most important factor for them was stance on political and social issues at 34%, which is much higher than any of the other candidates.

Among his voters, the importance of the ability to stand up for "ordinary people" was at 32%.

This suggests that what Mr Casey was saying did resonate with those voters. 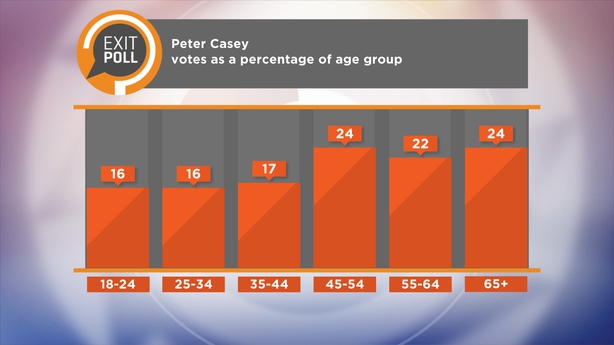 The breakdown of Mr Casey's vote by age shows that he did better with the older age range, unlike Michael D Higgins.

Looking at the breakdown of age by gender, Mr Higgins did much better among women voters than men. Mr Casey did better with men than women voters. 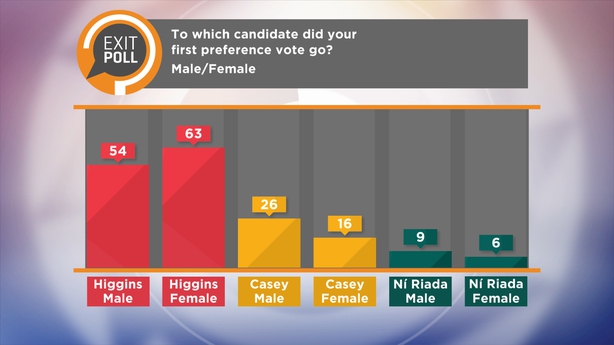 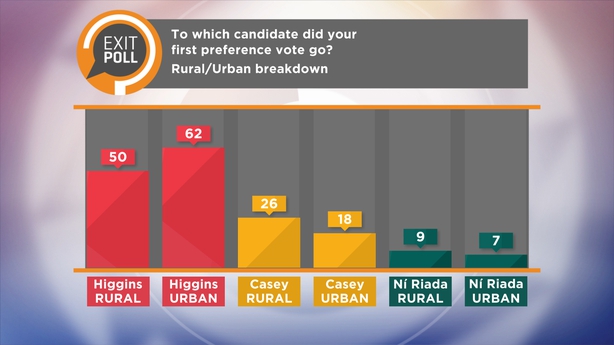 Mr Casey got a large vote among farmers, according to the exit poll.