Apple has launched a suite of three new iPhones, including a less expensive lower spec model, as it aims to broaden demand for its smartphones across a wider market.

The tech giant also revealed an upgraded version of its Watch at the press event at its headquarters in Cupertino, California.

An upgrade on last year's iPhone X rather than complete redesign, the new iPhone XS has a 5.8" Super Retina OLED display.

A larger more expensive version of the same phone, to be called the XS Max, has the same display but in a 6.5" size.

The devices have the most durable glass ever in a smartphone, Apple claims, and carry an IP68 rating meaning they are capable of spending 30 minutes at a depth of 2m of liquid. 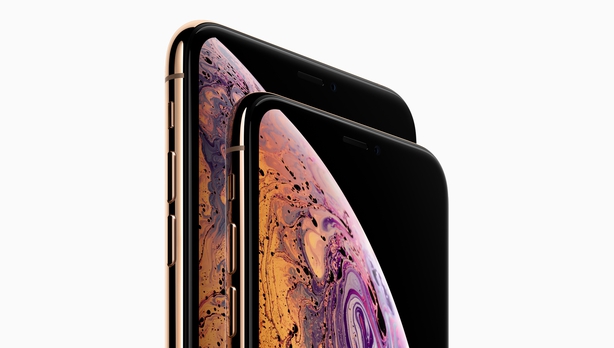 The phones are powered by the new A12 Bionic chip, the industry's first 7 nanometer processor, which has 6.9 billion transistors on it and is capable of processing 5 trillion actions per second, Apple says.

The dual camera has also received a face-lift, with new 12MP sensors and Optical Image Stabilisation on both the wide angle and telephoto lenses.

They also feature a new 7MP True Depth camera on the front.

The smartphones will have up to 512GB of storage on them, and will be available in gold, silver and space grey colours.

However, they won't be cheap, with a starting price of €1,179 for the iPhone XS and €1,279 for the XS Max, rising to €1,679 for the higher capacity 512GB version when pre-orders open on September 14th - making it the most expensive iPhone ever.

To counteract this upward drift in prices that began with the release of the iPhone X last year, the company has also revealed a lower priced version, the iPhone XR.

It will have a lower quality 6.1" LCD edge-to-edge display, has just a single main camera and doesn't have the 3D Touch feature of the other models.

However, the device will instead have haptic feedback. The phone will ialso include Apple's facial recognition system and the True Depth front facing camera.

Prices for the iPhone XR start at €879, which Apple thinks will make it more affordable to people who otherwise wouldn't have been able to purchase a new iPhone.

The tech giant has also revealed a completely redesigned version of its Watch which is now capable of taking an electrocardiogram (ECG).

It is the first such over the counter wearable device capable of doing an ECG.

The new Watch Series 4 can also detect when the wearer's heart rate is dangerously low and when rhythm is irregular, caused by atrial fibrillation.

The device has received clearance from the Federal Drugs Administration (FDA) in the US.

It can also identify a fall and can then automatically initiate an alert and emergency call. 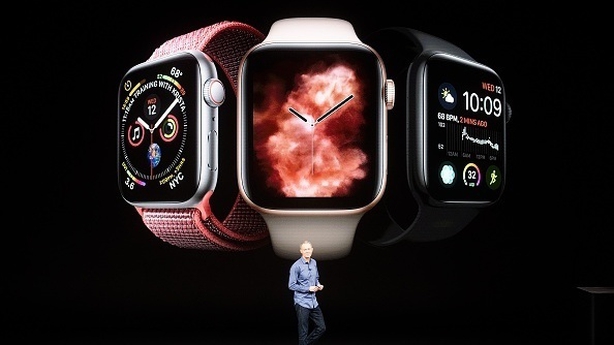 The curve-edged Watch also has a new display which is more than 30% larger than its predecessor, although the case size has only seen minimal changes.

It also features a whole new user interface, a range of new faces as well as haptic feedback on the digital crown.

Apple has enjoyed significant success with the iPhone X since its launch, despite concerns its high price of over €1,000 would put many buyers off.

However, the Californian company continues to target the upper end of the smartphone market and was overtaken by Chinese manufacturer Huawei earlier this year, as it rapidly expanded its presence in the lower-middle tier of the sector.