Experts from the Organisation for the Prohibition of Chemical Weapons (OPCW) have entered the Syrian town of Douma, 11 days after a suspected chemical weapons attack, Syrian state television has said.

The inspectors had arrived in the Syrian capital, Damascus at the weekend to visit the site of the suspected gas attack, which is 10km northeast of the capital.

The US and the UK both have both accused Russia of impeding the inspectors from carrying out their investigation.

Russia blamed delays on Saturday's airstrikes by the US, France and the UK and security issues on the ground.

The US envoy to the OPCW has expressed concern that Russia had visited the site and "may have tampered with it" to impede the investigation, an allegation Russia has rejected.

Around 40 people are reported to have died in the alleged chemical weapons attack in Douma, which is now under government control after rebels withdrew. 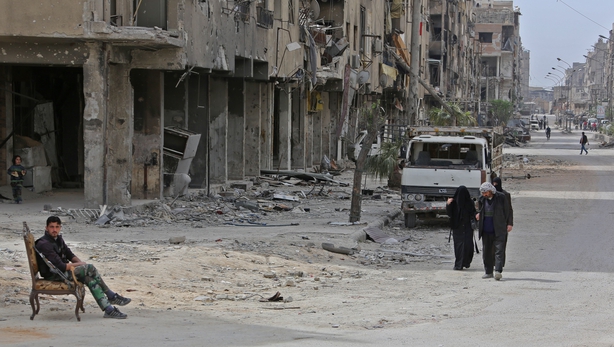 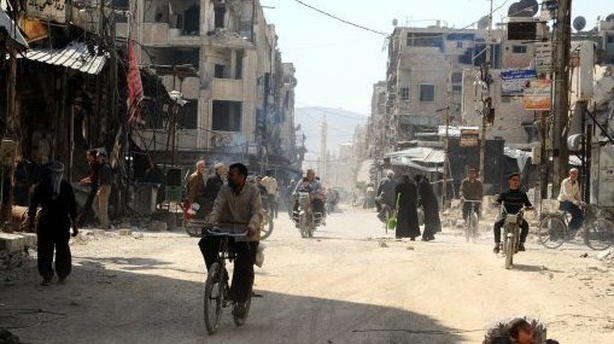 Read more:
May says Russia has prevented inspectors reaching Douma site
Weapons inspectors to head to Douma following air strikes
What we know about the OPCW mission to Syria

Syrian state media has retracted reports of an overnight missile attack on the central province of Homs, saying a "false alarm" had activated its air defences.

"Last night, a false alarm that Syrian air space had been penetrated triggered the blowing of air defence sirens and the firing of several missiles," a military source told state news agency SANA.

"There was no external attack on Syria," the source added.

In the early hours of this morning, Syrian state media reported that air defence systems had shot down missiles over Homs province.

It branded the incident an "aggression" but did not name a specific country.

Big explosions were heard overnight near Shayrat air base, southeast of Homs city, and near Damascus where two other air bases are located, the Syrian Observatory for Human Rights reported.

Syrian military positions in Homs province have been bombed twice in just over a week, with Saturday’s strikes preceded by an attack on the T-4 air base in Homs, which Syria blamed on Israel.

Both the US and Israel appeared to deny involvement in last night's incident.

An Israeli military spokesman said he was "not aware" of the incident and US defence spokeswoman Heather Babb said there were no American operations in the area.

Separately, The Russian ambassador to Ireland has said it is absolutely ridiculous the suggestions that Russia conducted a clean-up operation in the Syrian town of Douma to hide traces of a suspected chemical attack.

At a press conference this afternoon, Yuri Filatov said it would be practically impossible to remove traces of a chlorine attack and said the experts from the Organisation for the Prohibition of Chemical Weapons must be allowed to get on with their jobs. 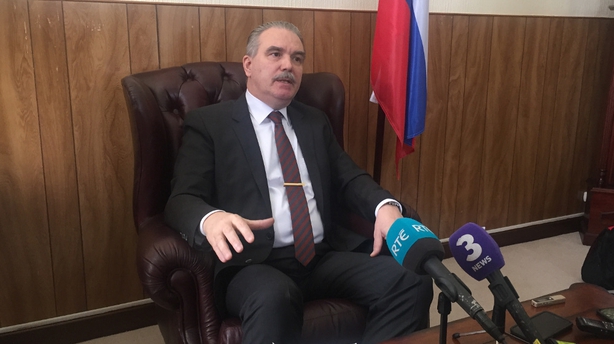 He also said there is a strong feeling that the air strikes carried out by the US Britain and France were intended to impede the inspectors from doing their work.

He described the air strikes as acts of aggression done without the mandate of the UN and one which Russia condemns in the most resolute terms.

Mr Filatov said there is no evidence to suggest there was a chemical attack in Douma and that the incident was staged by rebels.