British Prime Minister Theresa May has accused Russia of preventing international inspectors from reaching the site of the suspected Syrian chemical weapons attack as relations with Moscow deteriorated further.

A diplomatic storm erupted as the Office for the Prohibition of Chemical Weapons said Syrian and Russian officials had claimed there were "security issues" which prevented a fact-finding mission from reaching Douma, where around 75 people are thought to have died in the attack.

Russia suggested the missile strikes launched by the UK, US and France were part of the reason why the chemical weapons watchdog could not travel to the scene of the attack.

In the fraught aftermath of the suspected attack in Douma and the West's response, the United States also prepared to increase pressure on Russia, Syrian President Bashar al-Assad's main ally, with new economic sanctions.

Updating MPs on the military action, Mrs May said it would not have been worth waiting for the OPCW's findings in Douma because Russian vetoes at the United Nations meant no blame could be apportioned for the attack.

"The Syrian regime has reportedly been attempting to conceal the evidence by searching evacuees from Douma to ensure samples are not being smuggled from this area and a wider operation to conceal the facts of the attack is under way, supported by the Russians," she said.

The Russian Foreign Minister Sergey Lavrov said relations between Russia and the West were worse than at the time of the Cold War.

He said the UK, Nato and European Union had closed the normal channels of communication with Russia which provided safeguards against confrontation. 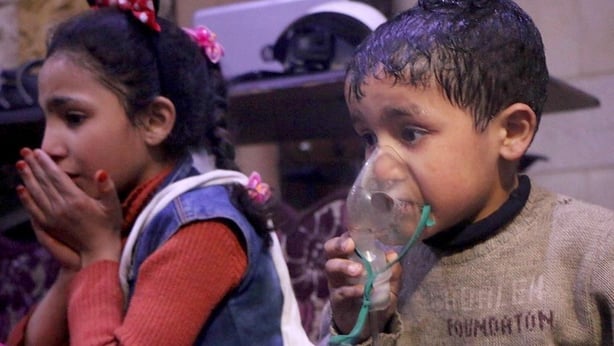 Syria and Russia deny unleashing poison gas during their offensive on Douma this month, which ended with the recapture of the town that had been the last rebel stronghold near the capital Damascus.

Footage of young victims foaming at the mouth and weeping in agony helped to thrust Syria's civil war - in which half a million people have been killed in the past seven years - to the forefront of world concern again.

Inspectors from the Hague-based OPCW travelled to Syria last week to inspect the site, but have yet to gain access to Douma, which is now under government control after the rebels withdrew.

"It is our understanding the Russians may have visited the attack site," US Ambassador Kenneth Ward said at an OPCW meeting in The Hague.

"It is our concern that they may have tampered with it with the intent of thwarting the efforts of the OPCW Fact-Finding Mission to conduct an effective investigation," he said.

His comments at the closed-door meeting were obtained by Reuters.

Mr Lavrov denied that Moscow had interfered with any evidence. "I can guarantee that Russia has not tampered with the site," he told the BBC.

Britain's delegation to the OPCW accused Russia and the Assad government of stopping inspectors from reaching Douma.

"Unfettered access is essential," the British delegation said in a statement. "Russia and Syria must cooperate."

The team aims to collect samples, interview witnesses and document evidence to determine whether banned toxic munitions were used, although it is not permitted to assign blame for the attack.

Russia blamed the delay on the air strikes, in which the US, France and Britain targeted what the Pentagon said were three chemical weapons facilities.

"We called for an objective investigation. This was at the very beginning after this information [of the attack] appeared. Therefore allegations of this towards Russia are groundless," Kremlin spokesman Dmitry Peskov said.

The US envoy also condemned the Syrian government for what he called its "reign of chemical terror".

The inspectors met Syrian Deputy Foreign Minister Faisal Mekdad in the presence of Russian officers and a senior Syrian security official in Damascus for about three hours on Sunday.

OPCW inspectors have been attacked on two previous missions to the sites of chemical weapons attacks in Syria.

The US-led strikes did nothing to alter the strategic balance or dent Assad's supremacy and the Western allies have said the aim was to prevent the further use of chemical weapons, not to intervene in the civil war or topple Assad.

British Foreign Secretary Boris Johnson made this clear as he arrived at a meeting of EU foreign ministers in Luxembourg, telling reporters: "I'm afraid the Syrian war will go on in its horrible, miserable way. But it was the world saying that we've had enough of the use of chemical weapons."

The 28 ministers endorsed the missile strikes and considered steps to deepen Assad's isolation.

"The European Union will continue to consider further restrictive measures against Syria as long as the repression continues," they said in a statement after their talks.

The US ambassador to the UN, Nikki Haley, said yesterday the US would announce new economic sanctions aimed at companies dealing with equipment related to Assad's alleged use of chemical weapons.

Read more:
Weapons inspectors to head to Douma following air strikes
What we know about the OPCW mission to Syria
Brainstorm: What can be achieved by missile strikes on Syria?

The Minister for Foreign Affairs Simon Coveney has said the government "understands" the reasons for the joint US, French and UK airstrikes on Syria.

But he said Ireland "had nothing to do" with the airstrikes and did not support "further" military action in Syria.

He blamed Russia for repeatedly using its veto in the UN Security Council when it came to Syria and the alleged use of chemical weapons.

Speaking following a meeting of EU foreign ministers in Luxembourg, Mr Coveney said: "Everybody would have preferred if the UN Security Council had taken decisive action with a full UN mandate. That wasn’t possible. On 12 occasions Russia has vetoed motions coming before the Security Council on Syria, on six of those occasions in relation to chemical weapons." 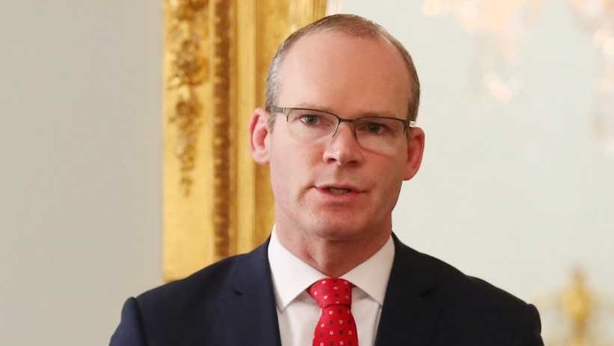 He said there was a need to develop a political solution to bring the civil war to an end.

He also called for international inspections of the site of the alleged attack in Douma, and independent verification of the use of chemical weapons.

He said the French and British foreign ministers had outlined "in detail" why airstrikes had taken place and they had said there were no civilian casualties.

The military action, he said, was due to "frustration" at the failure of getting a comprehensive response through the UN.

But we do understand and recognize the reasons why Britain, France and the US took the actions that they did.

"There is a dilemma here of course. These are decisions that should be taken through UN structures and that hasn’t been possible because of the inappropriate use of the veto through the UN Security Council, which not for the first time has resulted in innocent women and children and civilians not being protected by UN Security Council decisions."

He said the Government supported a French initiative whereby in cases where there were potential war crimes, vetoes should not be used in the UN Security Council.