"Politics is far too important to leave to men. We’re leaving it to far too many men at the moment."

Comments made 25 years ago by the chairperson of the Council for the Status of Women.

Frances Fitzgerald was appearing on Shay Healy's RTÉ Nighthawks programme in March 1992 to talk about the standing of women in Irish society.

She cited the representation of women in public life, childcare facilities, and access to jobs as areas where improvement was needed.

The woman who would later be one of just four women to rise to the office of tánaiste (Mary Coughlan, Joan Burton and Mary Harney are the others) said women need to learn to use their vote effectively.

On Nighthawks she said: "At the end of the day, a woman’s vote is just as powerful as a man’s vote."

Born in Croom, Co Limerick in 1950, Fitzgerald studied at UCD and the London School of Economics before embarking on a career as a social worker.

She was elected to the Dáil at her first attempt in 1992.

Her 4,332 first-preference votes saw her take the second of four seats in Dublin South East.

She held her seat in Dublin South East for a decade, losing it in the Fine Gael meltdown in 2002 when the party plummeted from 54 to 31 seats.

In recent days she was seen in conclave with Michael Noonan. The man who led the party to lose 23 seats in 2002 has since undergone a political renaissance and is now seen as one of the wiliest political strategists around.

But events have taken over any strategy.

Like Noonan, Fitzgerald did come back from the bruising lows of the 2002 general election.

But the road back was not easy.

Attempts to get elected to the Seanad in 2002 and the Dáil in 2007 proved unsuccessful.

She was elected to the Seanad in 2007 and became the leader of the Fine Gael group in the Upper House.

Three years later, she would make a decision that would stand to her in the years ahead.

Along with her Seanad colleagues she backed Enda Kenny during Richard Bruton's botched leadership heave in 2010.

She was returned to the Dáil in 2011, taking the second of four seats in Dublin Mid West with 7,281 first-preference votes. 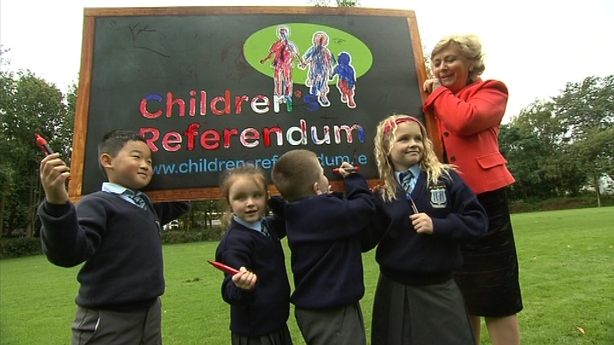 She was appointed minister for children and youth affairs and was in that new role, which was created by then taoiseach Kenny, when the referendum on Children's Rights was passed in 2012 - albeit with a low turnout of 33.5%.

Her allegiance to Kenny was further proven in October 2013, when as a former Fine Gael leader of the Seanad she publicly backed her party leader's bid to abolish the place.

In an interview with the Irish Times a few months later, she said there was no need to abolish the Seanad and the campaign was "demeaning" to the Upper House.

She is married to Michael Fitzgerald, a renowned professor of child and adolescent psychiatry who specialises in autism, Asperger’s syndrome and child behaviour problems. They have three sons.

Last year, Fitzgerald revealed that she has had two miscarriages. She said the entire issue was tremendously sensitive, but she wanted to give women a voice around pregnancy issues.

As children's minister she garnered the reputation of being a "safe pair of hands" and it was for this reason that she was appointed minister for justice and equality following the departure of Alan Shatter in May 2014.

But the garda scandals did not go away. Her time in justice was dogged by controversies emanating from An Garda Síochána.

Following the outbreak of gangland violence during the Hutch-Kinahan feud that included the Regency Hotel shooting in early 2016, Fitzgerald responded by setting up a permanent armed response unit in Dublin.

Minister for Justice Frances Fitzgerald says she is bringing a series of measures to Cabinet to tackle crimehttps://t.co/oYwM6nME3R

She said: "We will stand down this threat from these gangs and the garda will have every resource that they need in order to have the kind of armed response that is necessary and the kind of saturation policing that we need to see."

In May 2016, she was reappointed to the justice and equality portfolio and promoted to the position of tánaiste. 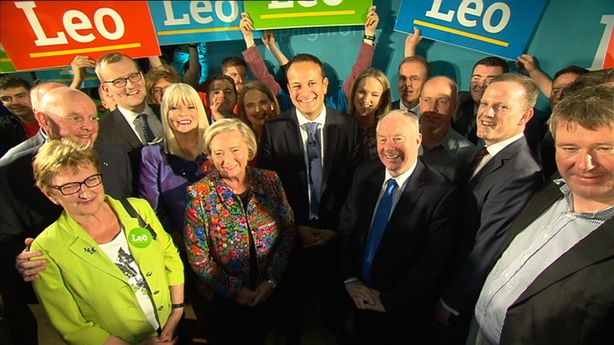 She held onto the position when Leo Varadkar was elected Taoiseach earlier this year, but he moved her from justice to become minister for enterprise and innovation.

At the press conference in Dublin's Mansion House after his election as Fine Gael leader, the Taoiseach was asked if Simon Coveney would be his tánaiste.

The new Fine Gael leader said: "We have a tánaiste, it's Frances Fitzgerald and I think she's doing an excellent job."

That was largely the perception during her tenure, with some Opposition politicians privately admiring her as a politician with "a strong social conscience".

One of her proudest moments as a minister was overseeing the passage of the Marriage Bill through both houses of the Oireachtas in October 2015.

When the marriage equality referendum passed the final hurdle in the Seanad she said it was a "joyous" and "truly historic" day. She said that "on May 22, the green jersey turned rainbow" and the people's decision had been a powerful riposte to the prejudices of the past.

Citing former US president John F Kennedy, she said: "Change is the law of life and those who look only to the past or present are certain to miss the future."

Asked by RTÉ in 2011 which politicians, living or deceased, she most admired she cited Nelson Mandela, Mary Robinson, John Hume and Hillary Clinton.

A controversy over emails was a major factor in Clinton losing the US presidential election last year.

The lady who looked up to her has now met a similar fate.