The National Emergency Coordination Group has said that the country will be open for business this morning after a day of destruction and devastation from Storm Ophelia.

Group chairman Sean Hogan said the job of getting the country back to work, getting the roads cleared and getting people moving again was now the objective.

The storm caused significant damage, left many roads impassable, and cut power to thousands of homes and businesses. 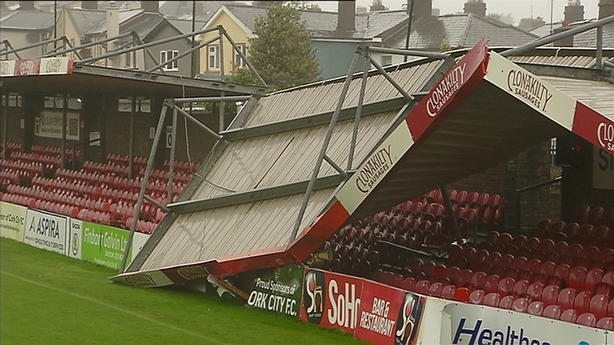 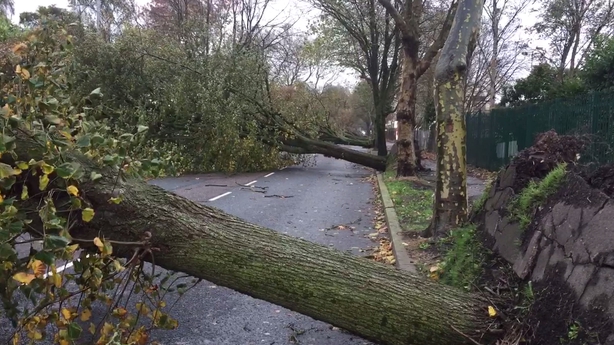 But as the storm moved over Donegal last night, the clean-up operation had already begun in some southern areas.

Met Éireann's Status Red wind warning for Ireland was lifted at 1am.

Schools across the island of Ireland are to remain closed for a second day but most third-level institutions will reopen.

Minister for Education Richard Bruton said he recognised that the decision to keep schools closed "will have a major impact on families and on the workforce".

But he said the decision was taken in the interests of safety and to provide clarity for everyone concerned.

After a day of disruption on the transport networks, most services are due to be running again today.

Eddie Burke, Dept of Transport: All public transport, bar the Luas service in Dublin, will be in operation tomorrow with some restrictions pic.twitter.com/PQRECsyQri

However, Luas services on the Red and Green Lines will not resume until at least midday, following storm damage to the technical room at the Red Cow depot.

Bus Éireann said it plans to operate a full schedule from 5am this morning with the exception of services provided under the School Transport Scheme.

Iarnród Éireann said that services are expected to operate in the morning, subject to a number of cancellations.

Dublin Bus said it expects its services to resume in the morning, weather dependent.

Dublin Airport will be open, but passengers are advised to check their airline's website for the latest flight updates.

The Health Service Executive has said it expects that outpatient services will be fully provided, with a small number of exceptions.

However, it will be necessary to cancel some planned operations. It said that urgent procedures would be protected.

The HSE said that community services would primarily focus on dealing with the most vulnerable patients. It said there will be a gradual return to normal health services over the next few days.

Due to cancelled appointments over the past 24 hours and a subsequent catch-up period, people can expect some delays in their appointments and discharges.

The Cabinet is expected to review the response to Storm Ophelia this morning.

An Post said that "wherever possible and safe to do so" its services will resume across the country.

All courts are scheduled to sit as normal. Postponed cases from Monday will be rescheduled and notified via each court office.

The ESB said it would require a huge effort to restore power to all customers after the biggest and most destructive storm it ever had to deal with.

An estimated 295,000 homes and businesses are without electricity. 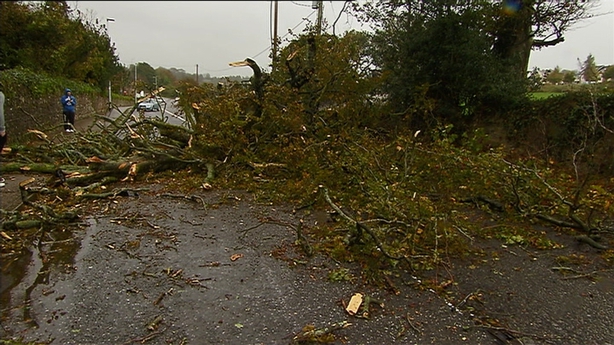 From Wednesday, authorities will import assistance from Northern Ireland and Britain to help restore supply as quickly as possible.

It was the worst weather to hit Ireland in more than 50 years.

The National Emergency Co-ordination Group will meet again this morning to continue to assess the damage caused by Ophelia.

RTÉ's Morning Ireland will have an extended programme this morning, starting at the earlier time of 6.30am.