The Taoiseach has reiterated calls for people to stay indoors, particularly in the north and west, as the worst storm in half a century passes through.

Speaking on RTÉ's Six One News, Leo Varadkar said that people should continue to exercise caution by staying safe and not making any unnecessary journeys.

He said assessment of the damage was beginning in the south of the country. Tonight, Storm Ophelia was heading north as predicted.

Strong winds are expected to continue until midnight in Co Donegal, but Met Éireann's Evelyn Cusack said the very extreme gusts are gone.

A Red Weather warning, Met Éireann's most severe alert, remains in place for the entire country.

A man died when a tree fell on a car in Ravensdale, Dundalk, Co Louth.

Earlier, a man in his early 30s died as he cleared a fallen tree in Co Tipperary.

This morning, a woman in her 50s died when a tree fell on the car she was driving in Co Waterford.

This evening, 290,000 homes and businesses are without electricity.

The ESB said it was the biggest and most destructive storm it ever had to deal with and it would require a huge effort to restore power to all customers.

It anticipates that most affected customers should have power restored within three to four days, but up to five per cent could be without power for more than ten days. 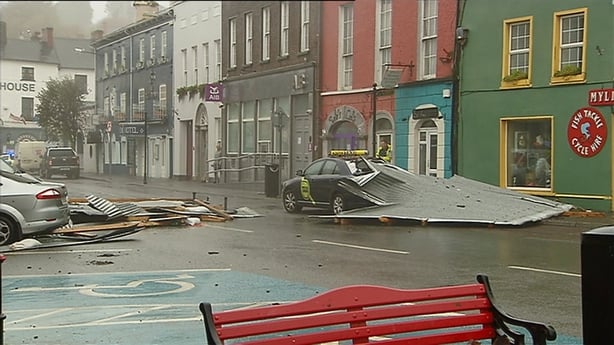 Storm Ophelia made landfall first in counties Cork and Kerry before moving up the country.

It has already caused significant damage, with many roads impassable and thousands of homes and businesses without power because of fallen trees.

The Taoiseach said the storm will pass by midnight. 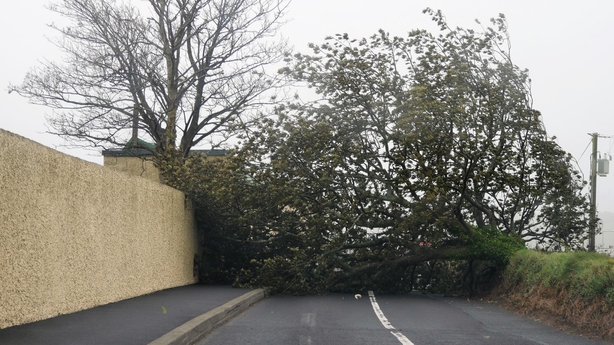 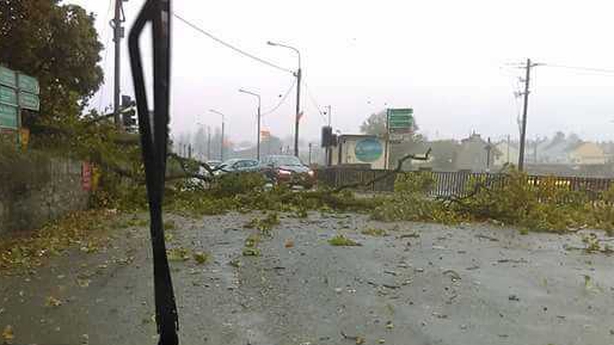 Violent and destructive gusts of 120-150km/h were forecast as Storm Ophelia moves over western parts of the country.

Heavy rain and storm surges along coasts will result in flooding. Most public transport services have been discontinued until further notice.

Gardaí said that under no circumstances should people walk along coastal routes or near to waterways. 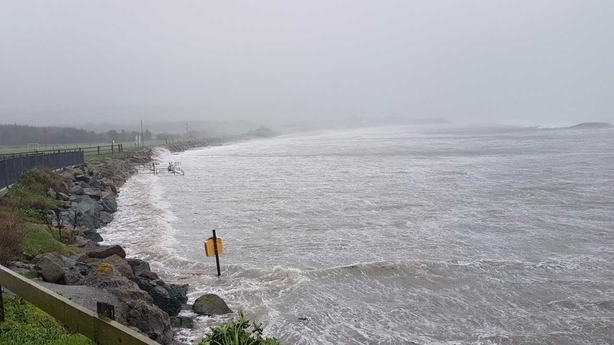 The Minister for Education has said all schools will remain closed tomorrow.

Richard Bruton said the decision was made in the interests of safety for children following "careful consideration" by his department and the National Emergency Coordination Group.

Are you affected by Ophelia? Share your photos and videos via yourphotos@rte.ie or @rtenews – but only if it's safe to do so.

All schools and universities are closed today and the Health Service Executive has said all outpatient appointments for today are cancelled.

Patients do not need to attend or contact hospitals and the HSE said appointments will be rescheduled as soon as possible.

All scheduled court sittings have also been cancelled.

Bus Éireann and Dublin Bus have cancelled all services for the day.

Many flights and sailings have also been cancelled and people are advised to check the websites of transport providers before setting out.

Speaking in Canberra, where he is on a State visit, President Michael D Higgins urged people to follow advice of the Government on the storm.

The Head of Corporate Affairs at ESB has said widespread power outages were expected.

Speaking on RTÉ's Drivetime, Bernardine Maloney said people who have medical conditions who have lost power need to prepare for the possibility that they will be without electricity for a number of days.

She said: "With this number of customers out it's unprecedented. It is going to be a number of days before people have their power back.

"For about 5% of customers it will be up to ten days before they have their power back.

"So especially customers who are vulnerable or who have medical vulnerability they need to make preparations now with their health professionals maybe to move, but we will not be able to get their power back to them in the next number of days." 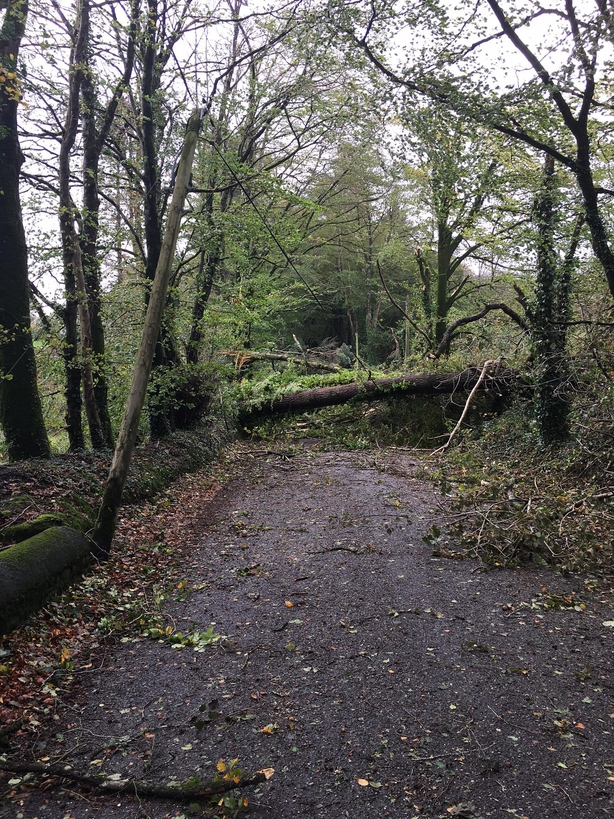 Ms Maloney urged people not to phone if they have a power outage, but to keep the lines free for emergency calls. She said people should not approach fallen lines. 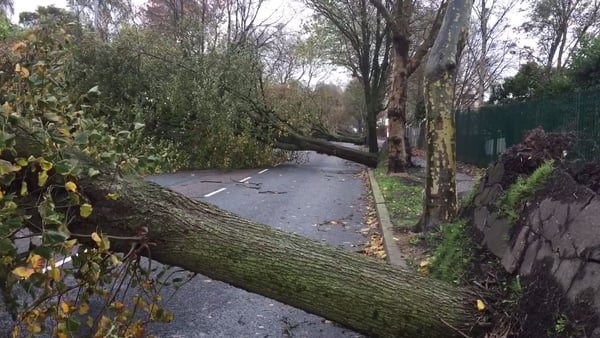