NASA has marked the 40th anniversary of the launch of Voyager 1 and 2 - the farthest-travelled and longest-lived spacecraft in history.

Voyager 1 is currently travelling through interstellar space - the only spacecraft to ever have done so.

The twin spacecraft Voyager 2 and Voyager 1 were respectively launched on 20 August and 5 September 1977, on a planned five-year mission to study Jupiter, Saturn and their larger moons.

Gradually as the mission's objectives were accomplished, it was extended to fly by Uranus and Neptune.

Engineers remotely added extra capabilities to both spacecraft and they have now explored the four giant outer planets in the solar system and 48 of their moons.

They have also recorded numerous scientific firsts - including discovering the first active volcanoes beyond Earth, hints of a subsurface ocean on Jupiter's moon Europa, and the most Earth-like atmosphere in the solar system, on Saturn's moon Titan.

Although they are now four decades old, the spacecraft continue to communicate with NASA every day.

In 2012 Voyager 1 became the first spacecraft ever to enter interstellar space and it is now 21 billion kilometres away from Earth.

NASA says in theory the craft could last billions of years, making them into time capsules which may one day be the only trace of human civilisation left.

Just as well then that on board each is a golden record with sounds and pictures from Earth, as well as spoken greetings in dozens of languages. 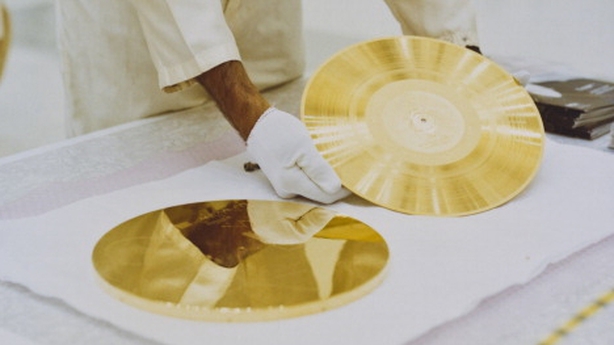 Voyagers' power decreases by four watts per year and so engineers are having to operate the spacecraft under ever-tighter power constraints.

It is expected that the last science instrument will have to be turned off by 2030.

But even after that the two spacecraft will continue travelling at 8,280km per hour, completing an orbit within the Milky Way every 225 million years. 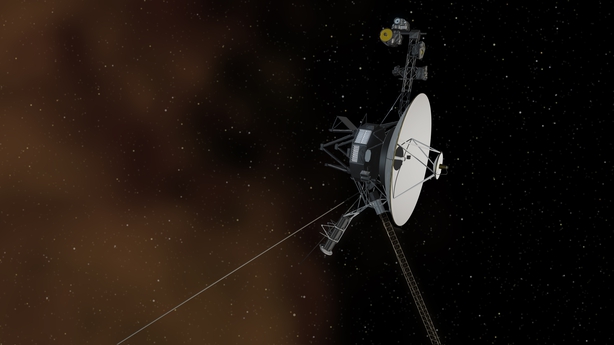