Members of an Irish family holidaying in Barcelona were injured in yesterday's terror attack in the city.

A husband and wife, originally from the Philippines but naturalised Irish citizens, and their two children who were born in Ireland were caught-up in the attack.

The Embassy of the Philippines in Madrid named the family as Norman and Pederlita Putot, and their children Nathaniel and Pearl.

Mr Putot and his son are still in hospital in Barcelona.

Minister for Foreign Affairs Simon Coveney said the five-year-old boy has a broken femur, and his father has knee injuries. Ms Putot and her daughter did not sustain injuries.

The minister said "in a way it's a miracle that more Irish people weren't involved, given that there are so many Irish people in Spain, Barcelona and Cambrils at this time of year".

He said the "connections between Ireland and Spain are really, really strong", saying it is the number one destination for Irish people.

"Nearly two million Irish people this year will travel to Spain on their holidays.

"So at the moment, you can safely say that probably over 300,000 Irish people are in Spain, today as we speak."

He added: "This is not just an attack on Spain or on Barcelona, but it's an attack on the way we live as European citizens in the free world."

The Philippine embassy's honorary consulate in Barcelona is offering consular assistance to the family who are originally from Cebu, Philippines.

The Department of Foreign Affairs has said it is aware of the case and is offering assistance.

Dept of Foreign Affairs: Anyone with concerns following Barcelona attack can contact its Consular Assistance team or Irish Embassy in Madrid pic.twitter.com/tcWec8bEnX

Spain has mounted a sweeping anti-terror operation after a suspected Islamist militant drove a van into crowds in Barcelona, killing 13 people before fleeing, in what police suspect was one of multiple planned attacks. 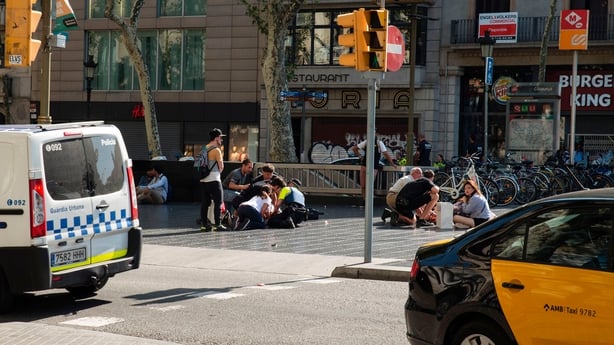 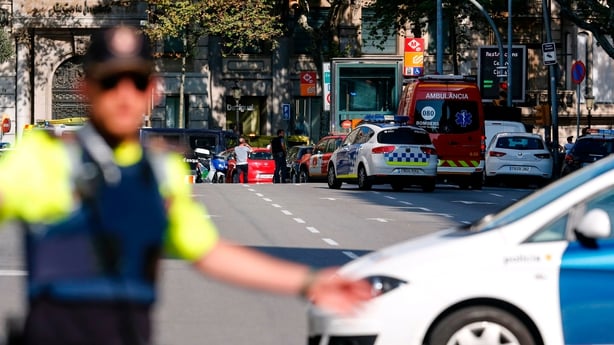 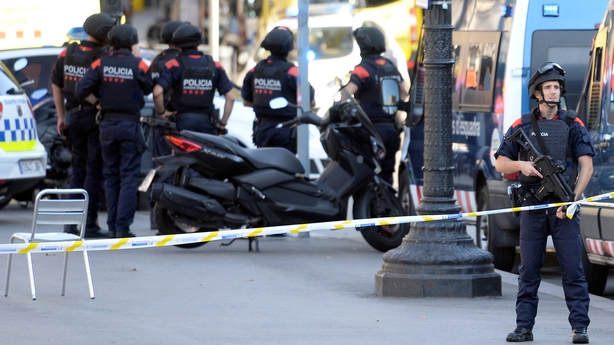 The death toll from the attacks in Catalonia now stands at 14, with a woman who was critically injured in the attack in Cambrils dying of her injuries this morning.

More than 130 people were injured in the attacks.

People from at least 34 nationalities were among the dead and injured.

A minute of silence was held in the garden of the Spanish Embassy in Ballsbridge in Dublin this morning. 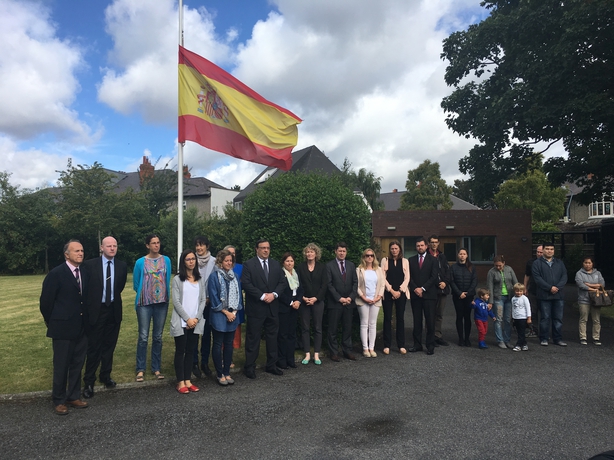 Spanish Ambassador to Ireland José María Rodríguez-Coso, who is originally from Barcelona, was in attendance.

A book of condolence will be open at the embassy between 11am and 2pm today, and on Monday between 10am and 2pm.

President Michael D Higgins led condemnation of the attack and sent a message of condolence.

"Barcelona has a long history of hospitality and has over the years received so many people from around the world," he said.

Taoiseach Leo Varadkar expressed his abhorrence at what he described as a callous and cowardly act.

He extended the Government's sympathy and that of the nation to the people of Spain.

"At this time of immense grief, I want to offer our solidarity and support to the people of Spain, with whom we have such close relations."

Minister for Justice Charlie Flanagan described the attack as an unspeakable act of terrorism and said gardaí would liaise closely with Spanish counterparts.

"It is clear that the intention of those who carried out this appalling, evil act was to kill, wound and terrorise innocent people enjoying the freedoms we share and cherish," he said.