Property owners with second and vacant properties "should be on notice that changes are coming", Minister for Housing Eoghan Murphy has warned.

He said he was looking at new measures to bring the homelessness crisis under control and these include bringing vacant homes back into use.

Speaking on RTÉ's Morning Ireland, Mr Murphy said the 2016 Census showed that there are around 180,000 vacant homes in Ireland, and of those, around 25,000 would be of use in tackling the homelessness crisis.

He said many of the homes may no longer be vacant, because they may have been let or sold since the Census was taken, and some may be in areas where there is no demand for homes.

The minister said that an Empty Homes Unit is being set up in the department and local authorities have been asked to designat vacant home officers in their areas.

The Government’s Vacant Homes Strategy is due to be announced next month.

Mr Murphy explained the part of the strategy will be to introduce incentives and penalties to encourage property owners to release vacant homes.

He said negotiations are also ongoing to encourage those in Fair Deal schemes to lease out their homes.

"What I have said, quite publically on a number of occasions, to people who might have a second home or a vacant home or a property interest, is that they should be on notice that changes are coming".

The minister added that already this year vacant homes have come back into use as a result of the buy or renew scheme.

He admitted that the repair and lease scheme has not been as successful as hoped and this will be re-visited to see how it can be improved.

A website - www.vacanthomes.ie - has been set up for people who wish to anonymously log details of possible vacant homes, allowing local authorities to follow up with the owners to see if the properties can be re-used.

Latest figures from the Department of Housing show almost 8,000 people - including nearly 3,000 children - were homeless in June.

The Chief Executive of the Government organisation that helps local authorities build and buy houses welcomed the measures.

John O'Connor of the Housing Agency said it has been pushing for the issue of vacant homes to be addressed for some time.

He said the agency has looked abroad to see how the issue is dealt with in other countries.

Mr O'Connor said that so far 20,000 homes in unfinished estates have been brought into use. Approximately 5,000 of these homes were in Dublin.

He added that 400 homes have been bought by the Housing Agency so far this year.

When asked if it was achievable to build up to 460 social housing units every month between now and 2021, Mr O'Connor said it was but cautioned that it would take time to get house building "ramped up again."

The National Spokesperson for the Simon Community has given a cautious welcome to the initiative.

Niamh Randall said that any effort to reduce homelessness had to be welcomed, but added it had taken too long for the strategy, which the Simon Community had been arguing for, to be put in place.

Speaking on the Today Show with Cormac Ó hEadhra, she said a progressive approach was needed if it was to work.

Ms Randall said people often had homes empty for very good reasons and she hoped the empty homes officers would support people in making decisions as to what they should do with the property. 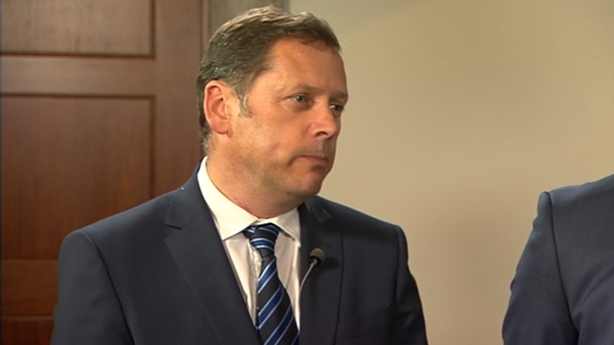 Fianna Fáil's housing spokesperson has said the owners of vacant properties should face levies if they do not accept "generous incentives" to help them bring their homes onto the market.

Speaking on RTÉ's News at One, Barry Cowen said his party would support such a levy if the Government introduced it.

He said that the vacant house strategy is "hardly groundbreaking" adding he had hoped the Government would have a better handle on the crisis by now and be in a position to bring forward emergency legislation, or a finance bill to look at the supply issue.

Mr Cowen said he understood that solving the crisis was a difficult task, but real and meaningful proposals were now needed.

While Mr Murphy was "diddering and dathering", he said, the homelessness figures considered to rise at an alarming rate.