Heavy and persistent rain showers, along strong winds are making conditions difficult for pilgrims climbing the mountain for the annual Reek Sunday pilgrimage. 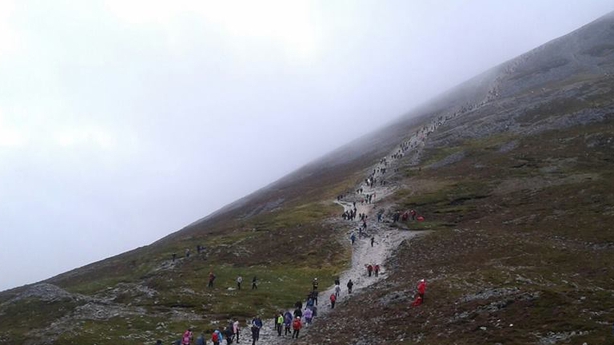 One man in his 70s had a suspected heart attack and was treated at the summit before being airlifted to Galway University Hospital.

A 70-year-old woman with a head injury was assessed at the medical tent before being airlifted to hospital.

A 68-year-old man suffered a broken wrist and was also brought to hospital.

A further seven people were treated by medical staff on the reek before being assisted down the mountain.

And this afternoon, a 13th casualty was stretchered off the mountain.

Thousands of pilgrims took part in the event in Co Mayo.