From Provisional IRA commander to political peacemaker, Martin McGuinness's journey took him from the Bogside into peace negotiations and on to Windsor Castle.

In the Bogside, Catholics were poor and oppressed, civil rights marches turned into riots and the British army was deployed on the streets. 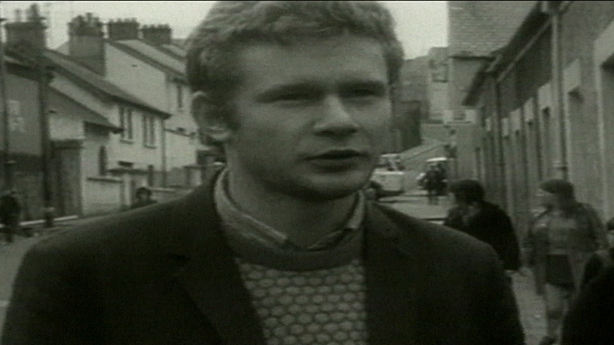 McGuinness joined the IRA, believing armed struggle was the only way to achieve a free Derry.

He quickly rose through the ranks of the Provisional IRA, as its campaign of violence targeted unionists, and Catholics who did not toe the line.

Bloody Sunday, which resulted in the deaths of 14 men and boys, bolstered support for the IRA and McGuinness. 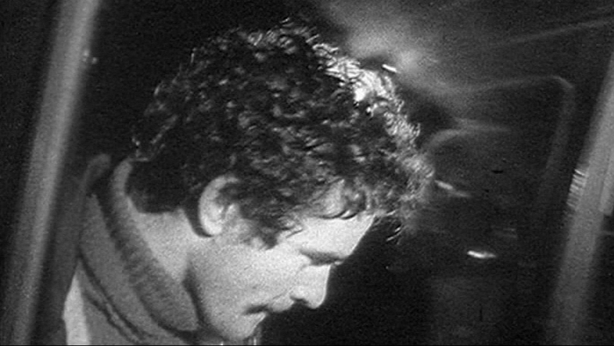 Convicted of IRA membership and sentenced to six months, when he came out he became a familiar face beside Gerry Adams, and spurred on by the electoral success of the hunger strikers, republicans decided to run for election.

Now a politician, he remained a prominent republican and terrible things continued to happen in Derry.

A census collector, 29-year-old Joanne Mathers, was shot dead collecting forms - and republicans had urged people not to fill them out.

Frank Hegarty, an IRA member turned informer, was shot dead after being promised safe passage home. And Patsy Gillespie, a Catholic, was strapped into a van loaded with explosives which exploded at a check point killing him and five soldiers.

As the countless deaths continued, the IRA began to realise that it was not going to end this by military means. A ceasefire was announced and negotiations began, resulting in the Good Friday Agreement.

Rev Harold Good, one of the independent witnesses to oversee the decommissioning of the IRA weaponry, said:

Had he [McGuinness] not come from that place he would not have been able to bring other people with him on that journey. That must not be forgotten.

But McGuinness had a tough battle persuading republicans to decommission weapons and support policing and the rule of law, and the negotiators knew it.

Peter Hain, former secretary of state of Northern Ireland, said: "At one point it got so heated that Gerry Adams and Martin McGuinness cornered me in a cupboard, in Hillsborough Castle, and really tried to threaten me. Threaten me that I would get sacked by Tony Blair the prime minister, from my job. I knew it was nonsense."

Eventually a deal was struck.

A partnership, even friendship, developed and they were dubbed the "Chuckle Brothers". 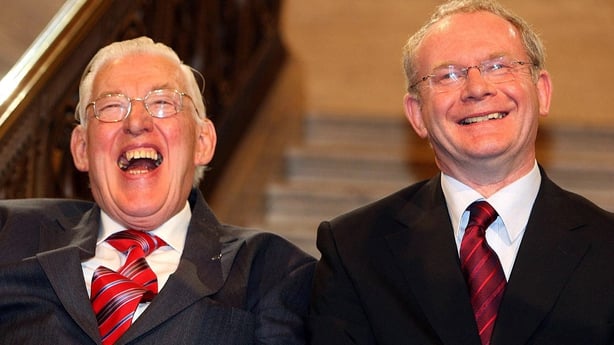 Ian Paisley Jnr said: "They prayed together. I know my father prayed for Martin McGuinness when his mother was ill.

They had very personal talks but it wasn't about being cosy with each other, it was about respecting each other.

Ian Paisley Jnr says his father and Martin McGuinness had "very personal talks" and had prayed together pic.twitter.com/lHQm60SiEm

For McGuinness the shift had happened, he was now a statesman and he even ran, albeit unsuccessfully, to be President of Ireland.

So it seemed the time had come to make perhaps his most significant peacetime gesture, when he publicly shook hands with Britain's Queen Elizabeth on a visit to Belfast. 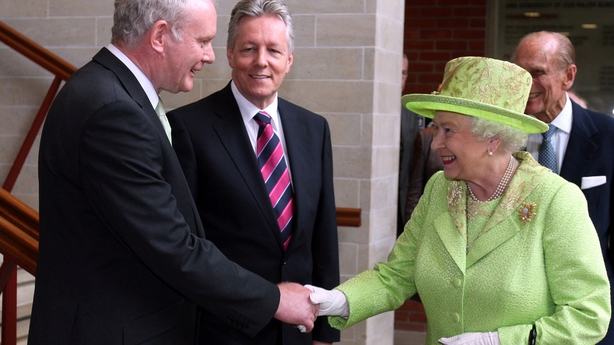 Power-sharing had its ups and downs and as Sinn Féin's partners in government changed, McGuinness was the one constant, the longest-serving minister in the executive.

He bowed out of politics over the "cash for ash" scandal but it was a much frailer McGuinness who returned to the Bogside that night.

McGuinness said: "I'll always be very proud to be from the Bogside."

I've ended up in many famous places throughout the world ... but my heart lies in the Bogside, and with the people of the Bogside. Go raibh míle míle maith agaibh.

He is survived by his wife Bernie and four children.